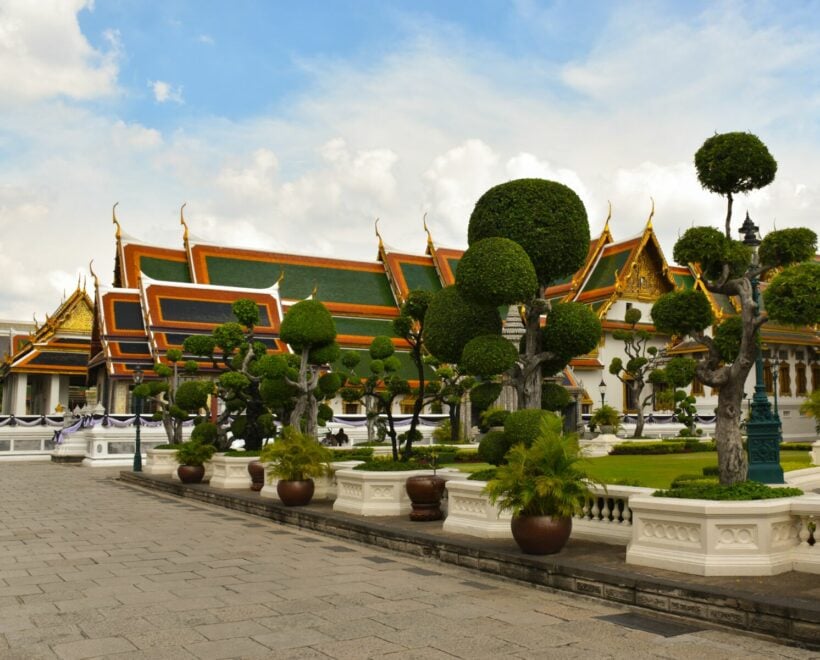 The doors are open, flights are landing, international tourists are finally allowed back in the country as of Monday. But popular tourist attractions like Wat Pho and Wat Phra Kaew are so far not seeing an increase in foreign visitors. The temple complex by the Grand Palace that holds such national treasures as the Reclining Buddha and the Emerald Buddha are mostly seeing domestic tourists since reopening to the public on November 1, the same time as borders reopened.

At the Covid-19 screening checkpoint at the entrance of the complex, staff said just over 1,000 people visited the Grand Palace and Temple of the Emerald Buddha on the first day they reopened. They estimated about 100 of those were foreigners, with 90% being Thai.

Just outside of Wat Po, in an area usually booming with tourists and tons of vendor stalls to serve them, more than half of the stalls remain closed, with sellers feeling there weren’t enough customers yet to warrant reopening their businesses. A local Pad Thai vendor said that the area was usually packed with Chinese tourists, so it’s unlikely to be nearly as busy as before Covid-19 for a long time to come.

A tuktuk driver expressed support for reopening, saying the jobs that will start to return are better than borders remaining closed indefinitely, but saying he doesn’t expect much growth in tourism businesses for at least another month or two. He said he saw few foreign tourists around Wat Pom, Wat Phra Kaew, and the Grand Palace in the last 2 days, but hopes those numbers grow.

Viggen840
Here it is two days into the 'season' and bleats about lack of numbers! A junior high school student could have written this as a work of fiction months ago ant it would still be FACT. Have you taken into…
PJK
The extensive list of requirements just to visit Thailand is nauseating. Tourists like myself will just wait the government out until they capitulate and remove most restrictions. I’ve got nothing but time while I watch the GDP of these nations…
farang
pjk,you are right!!thai will not see large numbers of tourtist until those restrictions are dropped!!its crazy!! if some one has their vaccines and the covid test before coming  why run them ragged with one night hotel stay,another test,insurance  and contacting…
HiuMak
On 11/3/2021 at 11:23 AM, gummy said: Shhh, don't tell TAT  TAT still salivating in their dreams. don't wake them
Lawyers_Guns_and_Money
As soon as I arrived, I asked the taxi driver to take me to Wat Po and he said it was "closed".