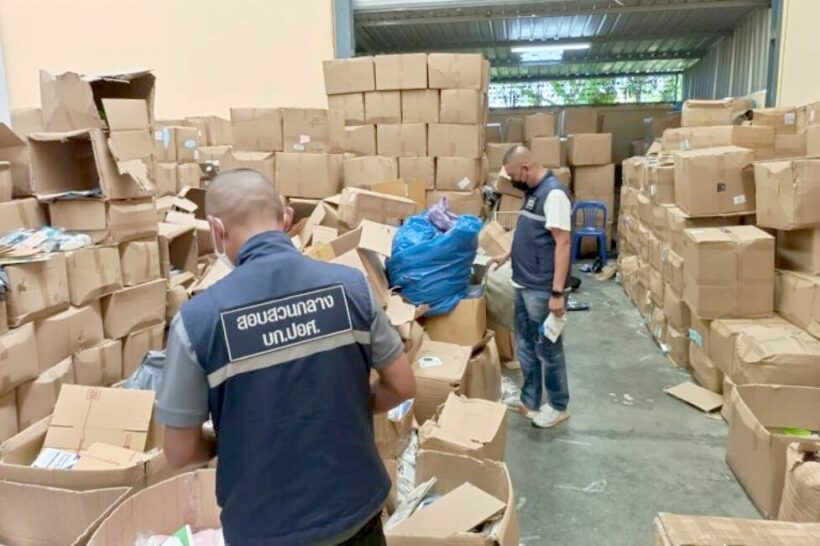 In the Bangkok suburb of Samut Prakan, police raided a warehouse where they found 1 million face masks that were labelled as being from Japan when in actuality they were produced and shipped from China. The economic crime division of the police uncovered the Chinese masks, with an estimated value of about 3 million baht, during a raid in a warehouse in the Phraeksa area of the province.

The police busted the warehouse with the counterfeit Chinese masks that were labelled as though they were from Japan. They found that some of the masks even had exercise labels from Japan on them despite the fact that they were actually imported from China.

The importers likely faked the labelling and import details of the masks to make cheap Chinese knockoffs appear to be more valuable Japanese products. Police believe that the face masks that were manufactured in China were of inferior quality with substandard materials. The labelling from Japan was likely fake so that they could be passed off as higher quality merchandise with Japanese approval that could fetch a much higher price when sold.

No arrests tied to the fake Chinese masks were officially announced at the time of the raid yesterday, the investigation is ongoing and prosecution and charges are likely imminent.

alex12345
But they are just facemasks yes, I didnt thailand was against being an entrepreneur. Facemasks work whatever the price so they tell me. Methinks these facemasks will be sold via alternative channels shortly. I'll keep an eye out for some…

AMc
First it was a Chinese sperm donor posing as a Japanese, and now this! Devious Chinese counterfeiters :)

Lyp14 [ctxa]
Thais like putting Japan on everything… But it is not secret most of those things are made in China.

Rain
2 hours ago, ctxa said: Thais like putting Japan on everything… But it is not secret most of those things are made in China. A Korean stamp is much more fashionable.
HiuMak
Look at the amount of fake goods in the market. Why not raid them?