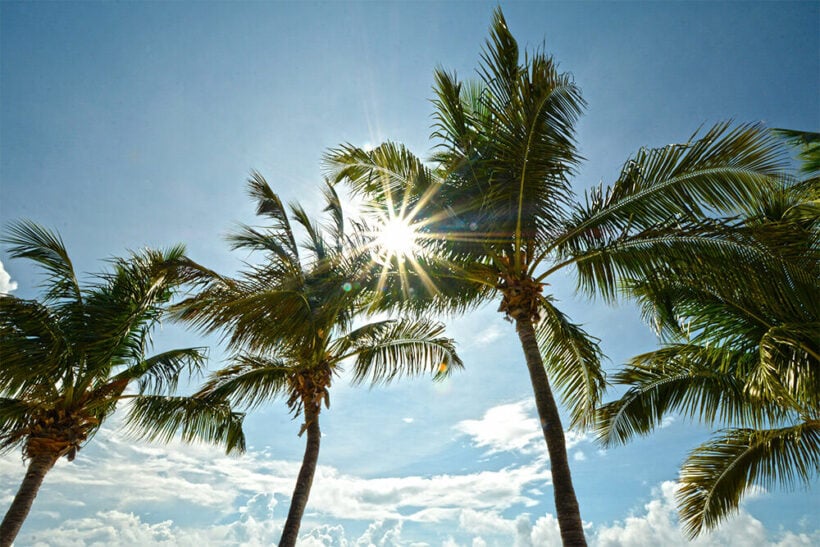 Grab your parasols. For a few minutes at noon today, pedestrians in Thailand won’t see their shadows on the sidewalk. That’s because at exactly 12:16pm, April 27, the sun will appear directly overhead in the Land of Smiles.

However, the Meteorological Department says this does not guarantee that Wednesday will be the hottest day of the year, due to forecasted cloudy conditions. The department has forecast a high of 38 degrees Celsius on Wednesday in Bangkok, as it predicts “day haze” and isolated thundershowers.

Winds blowing up from the southeast and a low pressure system will bring humidity from the Gulf of Thailand to areas across the country starting Friday. This will result cooler weather, dousing the heat wave that began at the beginning of April.

According to the department, when cooler air hits the hot air and humidity, the weather will cool, causing rainfall in some places and easing the hot weather.

The hottest air temperature ever recorded in Thailand was 44.6 degrees Celsius. It was recorded in Muang district of Mae Hong Son province in northern Thailand on April 28, 2016, according to ThaiPBS.

Stay in Thailand by studying at ALA Language School