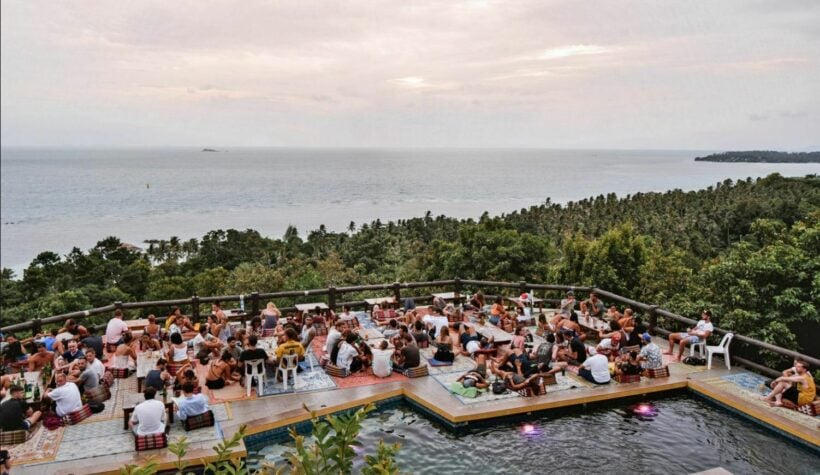 Police have arrested 89 foreigners on the Gulf island of Koh Pha Ngan, breaking any number of laws related to the emergency decree about crowds, mask wearing and current restrictions. They raided a party at the ThreeSixtyBar. 22 Thais were also detained in the raid on Tuesday night after the well-publicised event attracted plenty of local party-goers.

Koh Pha Ngan is one of a trio of tourist islands off the Surat Thani coast in the Gulf of Thailand and also includes Koh Samui and Koh Tao.

Attendants and organisers of the party at the ThreeSixtyBar are now facing charges of violating an emergency decree which was put in place last March to combat the local Covid-19 outbreak, and that has been extended multiple times since.

Most of them have been released on bail, but 28 are still being detained as guests of the Koh Phangan provincial police station.

Police learned about the party, along with the rest of the island, when they saw tickets being sold for purchase online and Facebook promotions and videos of the forthcoming event.

Among the foreigners arrested were 20 French citizens, 10 Americans and 6 British citizens. All of the arrested were given Covid-19 swabs by local health officials. All have tested negative at this stage. But even whilst being interrogated and tested at the police station, the partygoers kept the party alive…

Police” were sympathetic of their situation…. “They are stranded tourists who can’t leave Thailand due to Covid. They may think it is OK to gather in large groups and I think they may want to relax and have some fun.”

But even whilst waiting to be ‘processed’ by the local police there didn’t appear to be much in the way of social distancing or wearing of facemarks.

The maximum penalty for violating the emergency decree is two years’ imprisonment and/or a fine of up to 40,000 baht. The organisers of the Tuesday night party are now facing an additional charge of serving alcohol. Koh Pha Ngan is currently under a ban for serving alcohol inside restaurants, under the emergency laws enacted after the current outbreak in late December.

Koh Pha Ngan has been a popular destination in the past for backpackers, famous for its monthly full moon party. This has been cancelled since March but a core of international expats and tourists, some stuck in Thailand or waiting out the pandemic, have moved to the island for its relaxed tropical lifestyle, wellness retreats and bohemian underground culture.

Thailand closed its borders to international tourism in early April 2020. Except for returning citizens, permanent residents and a handful of visas, foreign travellers have to apply for a Special Tourist Visa which will give them 90 days visas, extendable twice, and a revised tourist visa. All arrivals have to complete a mandatory 14 day quarantine and provide a raft of additional paperwork at this time if they want to re-enter the Kingdom. 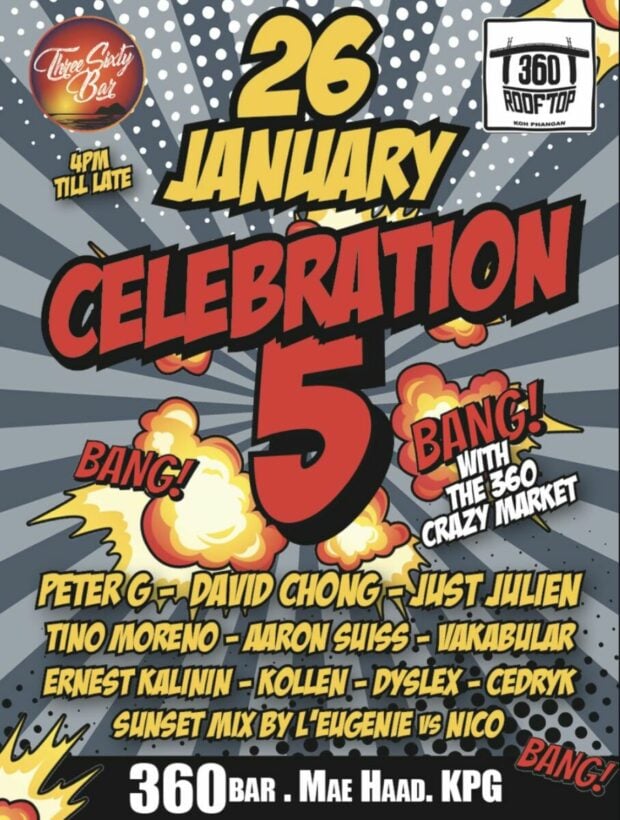