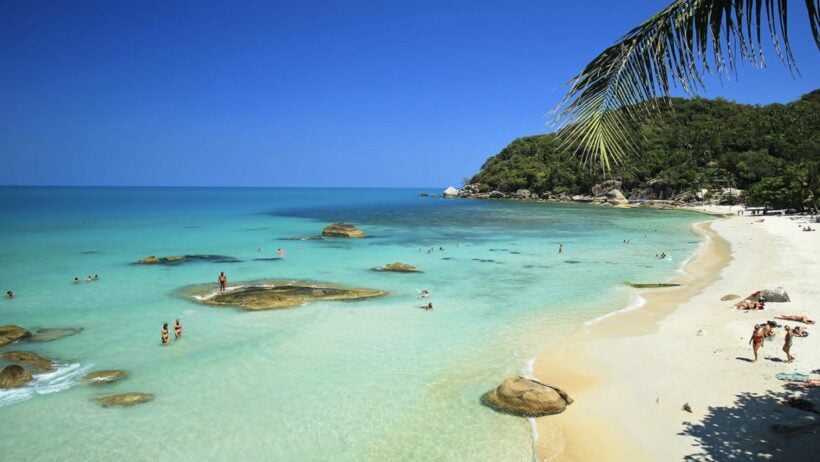 Desperate for tourism revenue during the ongoing travel ban and with not more than a dribble of domestic visitors, the president of the Tourism Association of Koh Samui says he needs to meet with the Centre for Covid-19 Situation Administration to come up with guidelines to allow foreign tourists to visit Samui. And soon.

Worasit Phong-amphan says Samui saw 2.3 million tourists in 2019, but there are virtually none now because of the Thai government’s response to the Covid-19 pandemic, including banning general tourist traffic indefinitely.

Worasit will represent tourism business operators on Koh Samui at the meeting with the CCSA this Wednesday. He spoke at a recent forum between entrepreneurs on the Gulf of Thailand island and the Immigration Bureau about new standard operating procedures during the Covid-19 crisis. He said tourism businesses are ready to welcome back foreign tourists, though none are arriving due to the ongoing ban on foreign arrivals, other than some bespoke categories.

He proposes that foreign tourists be required to be quarantined at a hotel for 14 days before they can leave the grounds, if found to be uninfected. Eligible foreign tourists would have to travel to Thailand with Thai Airways and undergo swab testing once they arrive at Suvarnabhumi airport. They could then take a flight to Samui without going through a second immigration process.

Worasit’s proposal, born out of sheer desperation, supposes that tourists would want to sit out an expensive 14 day quarantine before they are able to then continue on their tour, with many shops and attractions still closed. The cost of flights will also be prohibitive in the early phases of the ‘opening up phase’ due to the limited flights. The pre-flight paperwork will also form an additional barrier to any large numbers heading to Thailand in the short-term.

But Worasit persisted… “If a tourist tests negative for 7 days, they could leave their room, but not the hotel. After 14 days, they would  be allowed to travel outside with a special wristband for tracking.”

Worasit also called on the government to work with Thai Airways to provide discounted air tickets for foreign tourists. But Thai Airways, currently embroiled in a multi-level restructuring and bankruptcy procedure, is not well placed to be offering discount flights at this time.

“Samui today has no tourists, Thai or foreign, and all types of businesses are still seriously affected by the virus despite the government’s measures to help domestic tourists pay for hotel stays. At the same time, local entrepreneurs must rely on the only airline that provides direct flights to Samui (Bangkok Airways). The Samui airport’s flight monopoly makes fares expensive, even during this period when the government is promoting domestic tourism.

“One of our hopes is the construction of a 17 kilometre bridge to connect the mainland in Nakhon Si Thammarat to Koh Samui. This is the shortest way to reach Samui. Hotels with combined 40,000 rooms are pinning their hopes on the bridge. Now the local businesses and people are raising a petition to the province to build the bridge.”

The Thaiger considers that the 17 kilometres of road, linking the mainland to Koh Samui, for now, is a bridge too far.

By the way, fares from Bangkok to Samui, on Bangkok Airways, booking for next week, were full fare 5,400 baht each way with some discounted flights down to 2,400 baht, per trip.