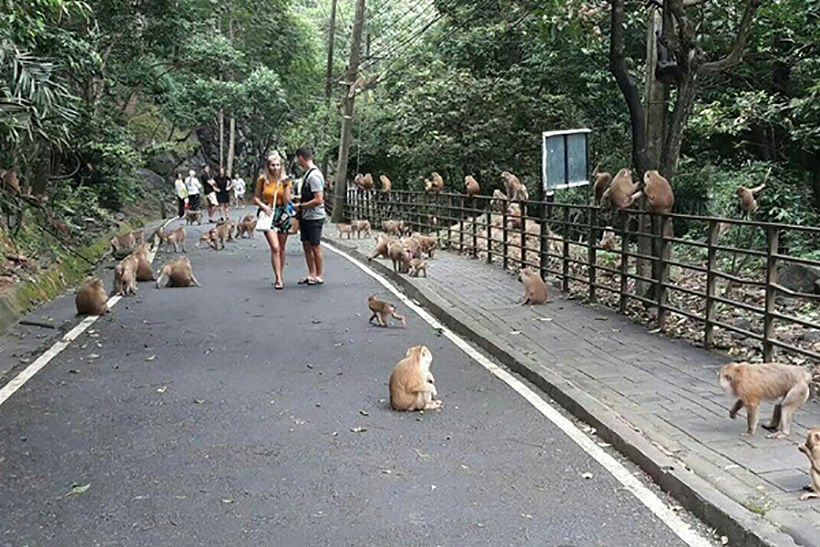 On December 10, a report emerged that a tourist had been bitten by a monkey on the popular To Sae Hill viewpoint in Phuket Town. The video shared on social media shows that the man was bleeding a lot from his arm before another man helped attend to the wound to stop the blood.

A volunteer who takes care of monkeys on the hill said that this is not the first time that the local monkeys had attacked people, especially tourists because the tourists wither don’t know, or follow the warnings and suggestions on the signs installed on many spots on the hill in four languages; Thai, English, Chinese and Russian.

A member of the To Sae hiking club, Krich Thepbamrung, who witnessed the incident, said that the man got attacked in the afternoon of December 8, in front of a shop that sells drinks, near the viewpoint.

The man rode his motorcycle up the hill alone before taking pictures at the viewpoint and started to feed the monkeys by using his hand directly. He said that in the beginning there was no problem but once the man tried to take a picture of his hand feeding the monkey while the monkey was grabbing the food, the man didn’t release the food and the monkey might have thought that he would take the food back so it started to attack him by biting him before fleeing.

He confirmed that the attacks happen quite often, an average of 3-4 times per day, and mostly happens to tourists, especially women and children. Also, the cause of the attack is often because the feeder tries to take photos while feeding them. Now the hiking club has prepared a first aid kit at the viewpoint to cope with the rise in monkey bites and attacks.

He said that people who go to the hill and to the viewpoint and would like to feed the monkey should be careful and follow the directions strictly to avoid such incidents. 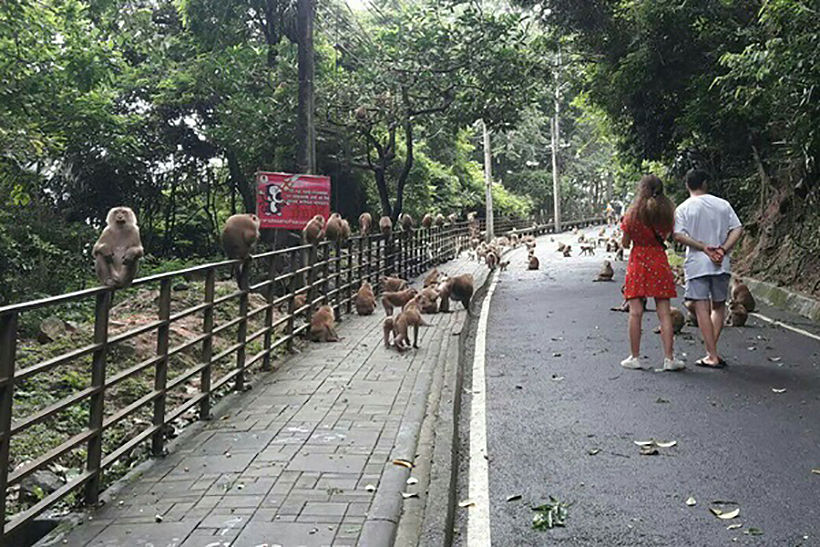