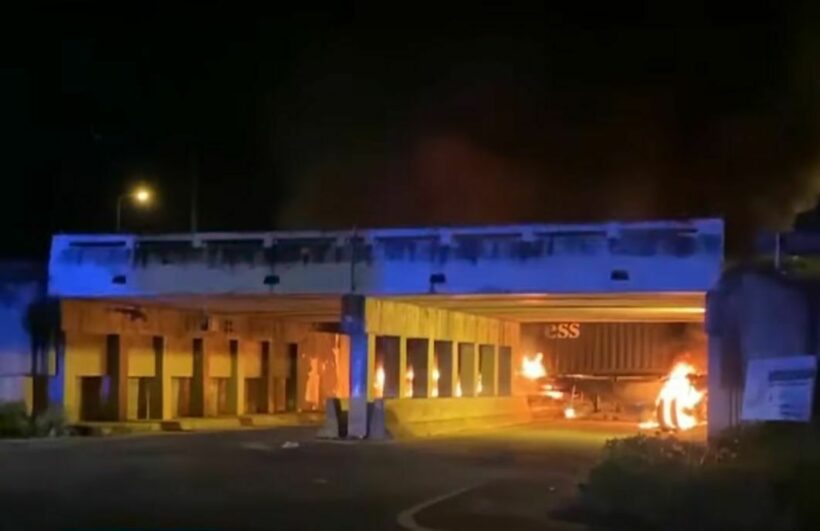 A truck driver was killed in an explosion yesterday night after the vehicle drove off a bridge in Songkhla’s Hat Yai district and burst into flames.

The truck transporting containers full of racks of eggs had passed the Sadao border checkpoint and was headed toward Nakhon Pathom. Officers investigating the incident say the truck crashed through a railing on the bridge and caught fire after hitting the road below. 2 blasts from explosions were heard from residents nearby.

Several fire engines were deployed to the scene to extinguish the flames, which took around 2 hours to put out, including 4 from the Muang Khuan Lang Municipality and another fire engine from a charity foundation. First responders found 29 year old Shaklif Madbenli’s burned body in the truck. Police are still investigating. 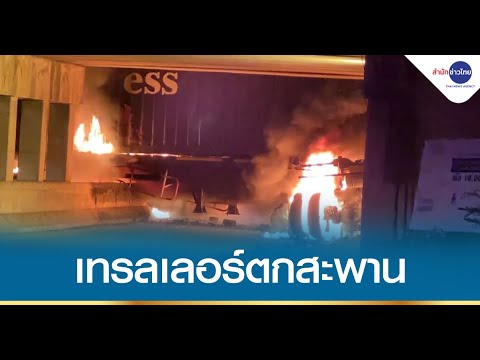 KaptainRob
Scrambled egg or omelette, ... anyone?