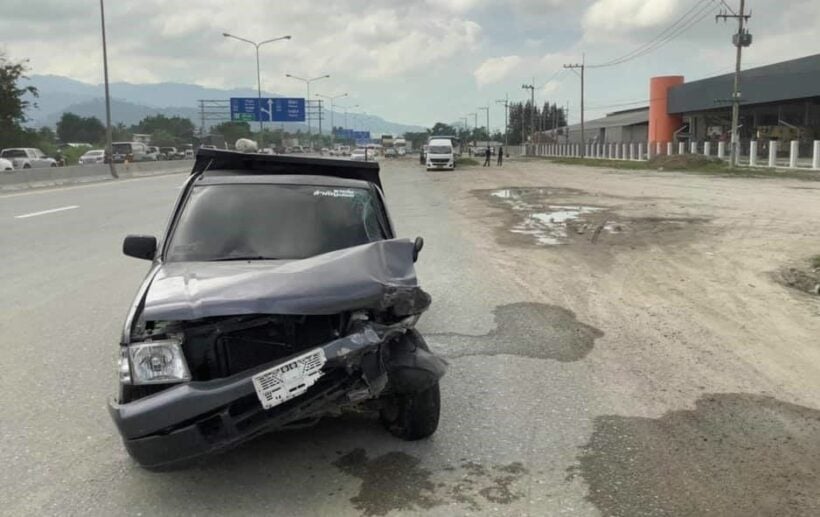 A pick-up truck carrying migrant workers has collided with another truck in the eastern province of Chon Buri, killing 1 and injuring 11. The victims are all thought to be Burmese nationals. The Pattaya News reports that the accident occurred in the sub-district of Nong Kangkok, with the dead man named as 35 year old Mr. Juan. The 11 injured have been taken to a local hospital for treatment.

The driver of the pick-up truck, 37 year old Sutin Yaohuaythong, says he was driving the 12 workers to a construction site when he lost control as he tried to overtake another vehicle. As is common in Thailand, the workers were all riding in the bed of the truck, resulting in them being thrown from the vehicle when it crashed.

Police are reviewing CCTV footage and interviewing witnesses as part of their investigation and are considering bringing charges against the driver.