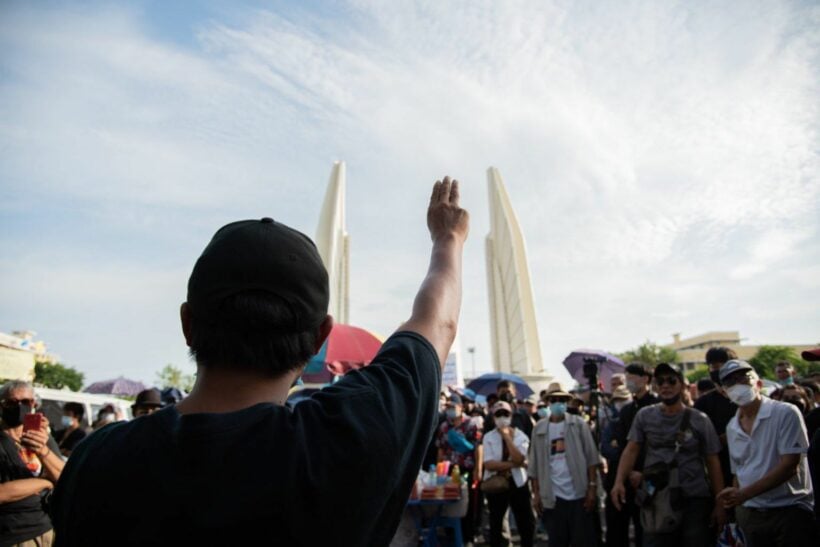 With the next pro-democracy protest planned for this Wednesday, students are asking Thammasat University officials to cancel classes for 3 days so the students can take part in the rally.

The rally is expected to start at 2pm on Wednesday at Bangkok’s Democracy Monument, not far from the University’s Tha Prachan Campus, but no end time has been announced. The Thammasat University Student Union issued a statement today asking for classes to be cancelled on Wednesday, Thursday and Friday.

Tomorrow is a public holiday around Thailand commemorating the passing of the much-loved King Bhumibol, Rama 9, who died on October 13 after years of poor health.

Protesters will gather at the monument on Ratchadomnoen Avenue and march to the Government House to again call on the removal of PM Prayut Chan-o-cha as well as an end to the military-run government and a new charter, according to activist leader, and human rights lawyer, Arnon Nampa.

Wednesday marks the anniversary of the 1973 Thai uprising which led to the end of the military dictatorship of anti-communist Thanom Kittikachorn. That event, and the 3 years of political unrest following, culminated in the Thammasat University Massacre in October 1976.

Police have been preparing for the protest saying they plan to deploy around 3,000 police officers to “keep the peace.”

Toilets might be a problem at tomorrow’s pro-democracy rally