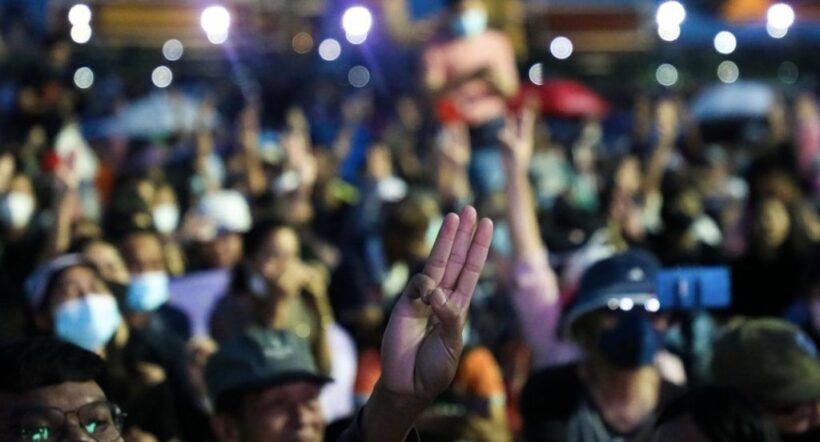 Police are getting ready for the next pro-democracy rally planned for October 14 at Bangkok’s Democracy Monument, marking the anniversary of the 1973 uprising which ended the military dictatorship of anti-communist Thanom Kittikachorn. Police are following social media pages associated with the rally, like Democracy Restoration Group, to try and get a head count to determine how many officers should be deployed and where.

Metropolitan Police Bureau Chief Pakkapong Pongpetra says the officers will not obstruct the rally and will be there to keep the peace and ensure safety. Police might even set up security checkpoints around the rally to search for weapons. While Pakkapong says police will not be there to arrest participants, he says rally leaders need to abide by Thai laws. Some leaders of the September 19 pro-democracy protest in Bangkok face charges for violating Thailand’s lèse majesté laws and for installing a plaque at a “registered historical site.”

“We would like to ask rally leaders to comply with the laws, especially the Public Assembly Act, to minimise impact on the public … Public health staff will also set up screening checkpoints for rally participants to prevent the spread of Covid-19, while traffic police will direct traffic flow around the areas to facilitate both vehicle users and pedestrians.”