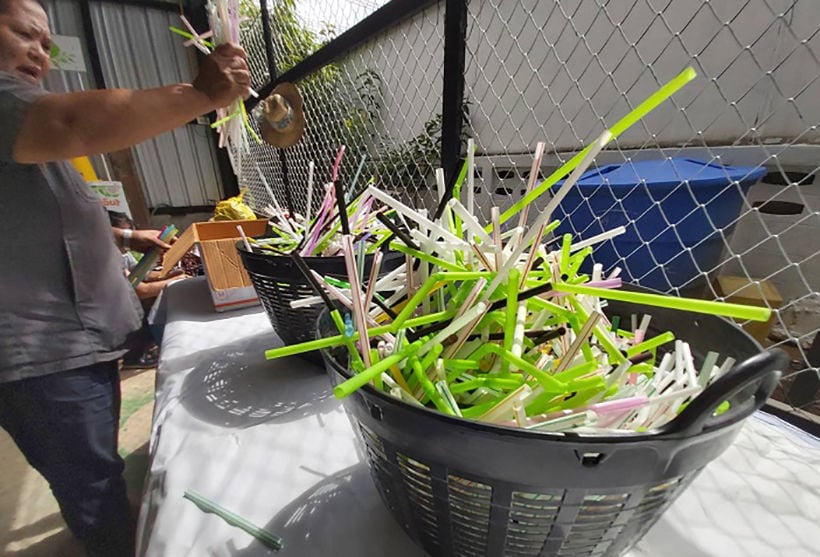 What to do with all those used plastic drinking straws. Here’s one local government’s attempt to re-use the plastic scourge of Thailand and put it to good use.

The Nakhon Chiang Mai Municipality says they’ve been successful in turning used drinking straws into pillows. The ‘straw’ pillows will be distributed to the region’s bed-ridden patients and elderly to promote recycling, tackle local garbage issues and provide a new pillow to those who would enjoy it.

The Municipality also revealed plans to make mattresses of the same material for distribution in the future.

Pisal Phanthuseni, the Director of the Health and Environment Division says the recycling of drinking straws to make hypo-allergenic pillows that relieve neck muscle strain for some 100 bed-ridden patients and elderly had been successful. They used about 132,000 straws donated by 50 coffee shops, school canteens and restaurants to make 62 washable pillows, 22 of which had already been handed out while the balance would be handed over on August 12.

The straws were cleaned with disinfectants and sun-dried before being chopped into one centimetre long pieces to be stuff in the pillows. Each pillow requires 2,200 straws. Pisal says the project, which now had steady supplies from various business operators, would continue and in the near-future expand to the making of mattresses using the same technique.

Well done to everyone involved. A few less straws to clog up the waterways and end up on our beaches and some more comfortable bed-ridden and elderly patients – a double win! 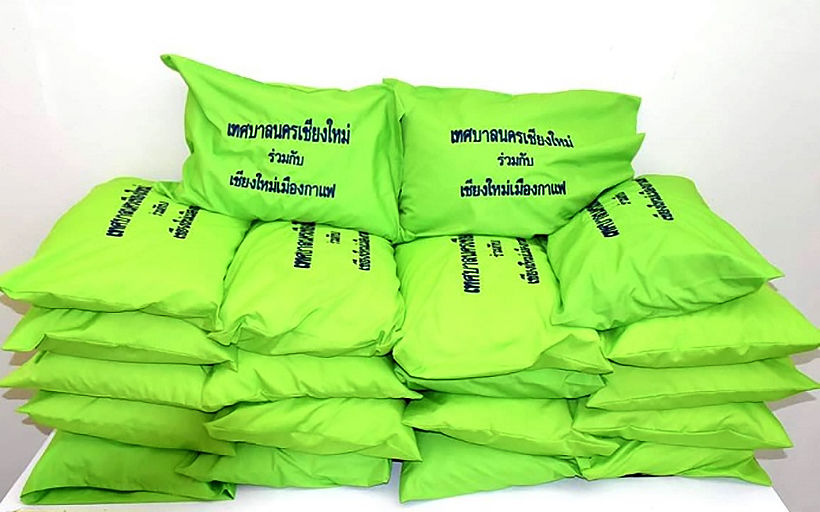 Woman leaves behind 10 kilos of gold at Chiang Mai Airport