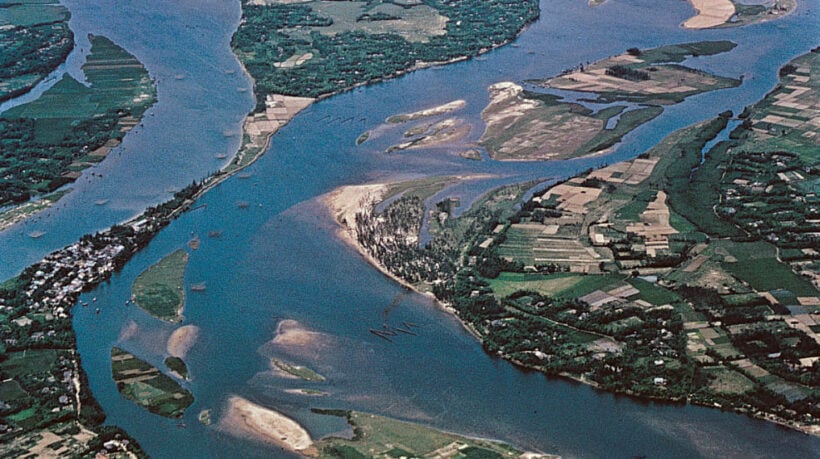 Water levels in the Mekong River are now reaching a critical point. The river’s normally brown waters have turned aquamarine, like sea water, and sandbars are emerging, some of them several kilometres long.

Arthit Panasoon, president of a conservation group in the northeastern province of Nakhon Phanom, says the rare change in water colour, although it might look attractive, is a deceptively gloomy sign that the river is running dry.

He explains that the average depth in his vicinity is now around one metre, the lowest in more than fifty years. Because it’s so shallow, the river flows slowly, causing sedimentation, usually kicked up from the riverbed, to sink and remain unmoved, producing the aquamarine colour.

Arthit notes that the dry season has already begun and it will be six months before any rain returns, but the river is already drying up due to the many dams in China and Laos, and to the recent poor rains that can be attributed to climate change.

The drought is also causing other problems for local business and farmers. The Mekong Paradise cruise ship had to suspend operations since November 28 as it’s unable to navigate the river whilst it’s so low. And farmers, who used to draw water from the river, have had to extend their water pipes further to reach water.