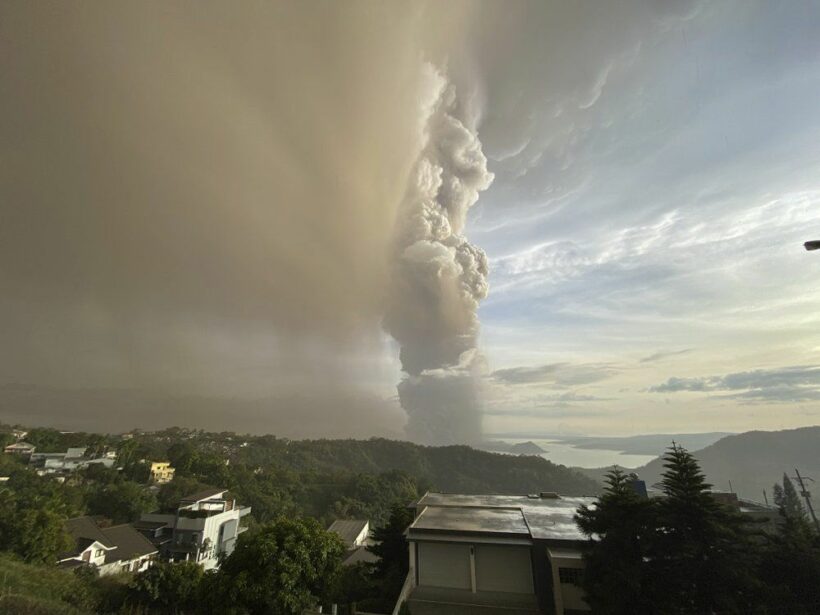 A volcano, not far south of Manila in The Philippines, has been spewing volcanic ash along with rumbling sounds and tremors most of yesterday. Philippine authorities have raised the alert level and ordered the evacuation of about 8,000 residents and suspended flights at Manila’s civil airports. The highest alert is level 5, when a volcano is actually erupting. At this stage the danger level has been raised to level 3. 8,000 residents were at direct risk and were being immediately evacuated.

The country’s National Disaster Risk Reduction and Management Council is telling reporters that an evacuation of the area has begun. The volcano spewed ash generating a 1 kilometre high cloud that later dropped its ash all over local communities.

Heavy ash has been falling on the nearby province of Cavite, prompting authorities to suspend classes today and urging residents to stay indoors. The Philippine Institute of Volcanology and Seismology says the volcanic activity could lead to a “hazardous eruption in weeks”.

Authorities are strongly recommending that people evacuate the area around the Taal volcano, which is on an island in the middle of Taal lake, as well as two nearby “high-risk” areas in the Batangas province.

The volcanic eruptions of ash and the plume reaching into the sky were visible from the nearby city of Tagaytay, a popular spot for viewing the volcano.. 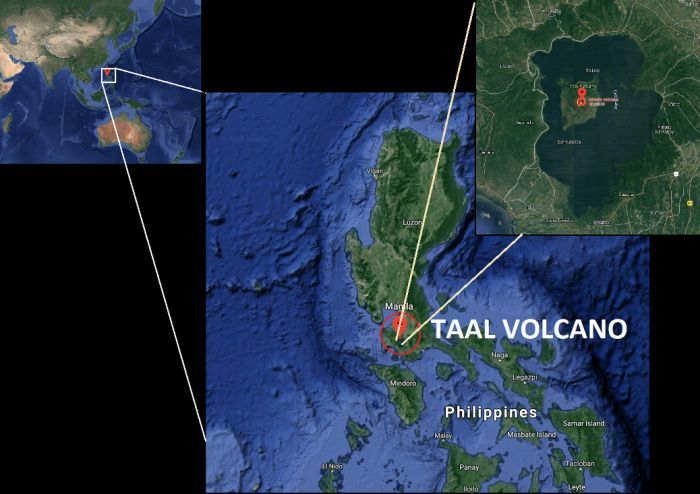