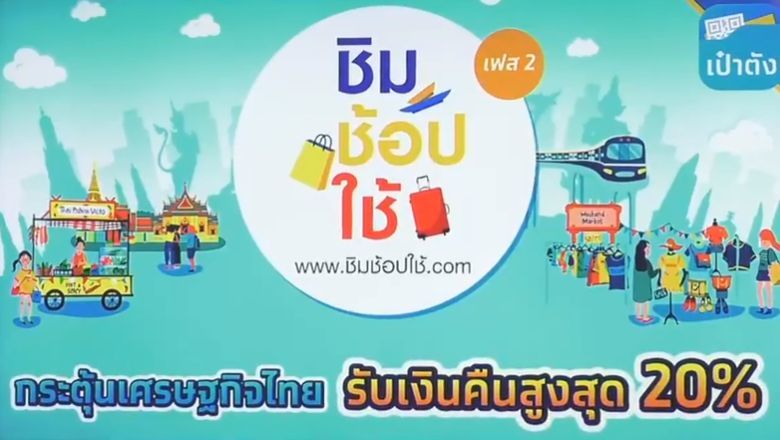 The government has launched phase 2 of its Chim-Shop-Chai scheme, aimed at boosting the country’s economy.

Thai PBS World reports that the uptake for the second phase, launched at 6.00am yesterday, has been significant, with the quota of 500,000 subscribers being reached in under an hour and twenty minutes. There is a limit of one million subscribers a day, with registration open for three days only.

Within three days of subscribing, participants receive a text message inviting them to install the G-Wallet 1 app in order to receive the 1,000 baht giveaway and the G-Wallet 2 app to receive the 15 – 20% rebate on spending. Subscribers must spend the money in a province other than the one in which they live.

It’s reported that ten million people signed up for phase 1 of the scheme, although they were entitled to the 15 – 20% rebate only and not the cash giveaway. The government is calling phase 1 a success, saying it has provided a significant boost to the domestic economy.