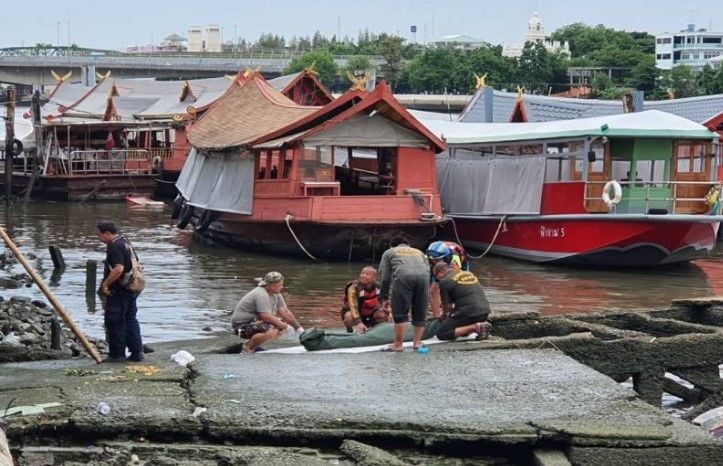 A woman’s body was found floating in the Chao Phraya River today. Her body was wrapped in plastic bags and emergency responders say she had critical injuries.

The body was found near the Tha Din Daeng pier in Bangkok. The call came from 61 year old Sahaphop Kruekrat who saw the bag floating in the river and noticed human legs were sticking out. The woman’s body had started to decompose and medics say they suspect she had been dead for at least 72 hours. The right side of the woman’s waist had critical injuries.

The woman appeared to be Asian and between the ages of 20 – 40 years old. Police say the body was wrapped inside 2 plastic bags. The woman was not wearing any clothing, but had a bracelet with a jewel resembling a diamond, police say.

The body was taken to Bangkok’s Siriraj Hospital where an autopsy will be performed. The woman was not identified and police are still investigating. If anyone has any information that could assist police in the investigation, they can contact the Pak Khlong San police station at 02 438 1034.