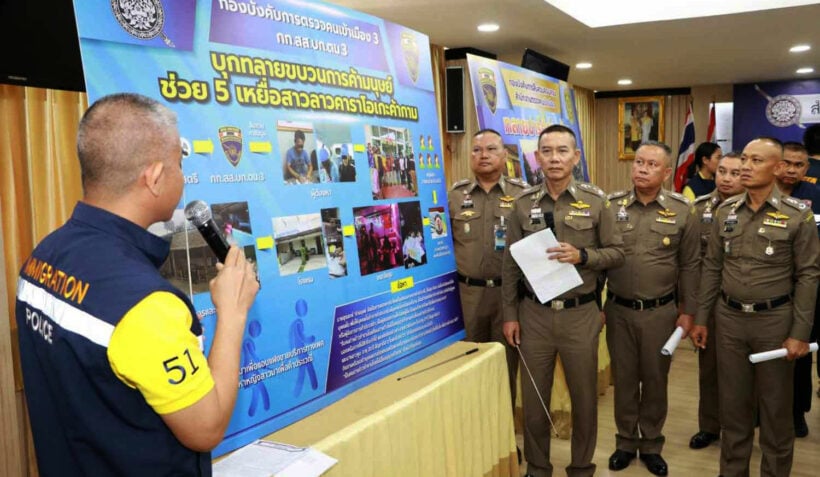 Police have busted a karaoke and brothel in the eastern province of Rayong, arresting two men and a woman for pimping five underaged Lao girls. They were arrested on December 25 at a karaoke bar in Pluak Daeng district, according to Bangkok Post.

“Five young Lao girls were presented to policemen at the bar. The procurers demanded 1,500 baht for each girl and a room,” according to a spokesperson.

Surasek, the owner of the bar, confessed to procuring the underaged girls and was charged accordingly while Sornsawan and Ms Koon were charged with human trafficking.

In a separate case, five Cambodians were arrested yesterday for selling fake sneakers at in in the border province of Sa Kaeo. Soldiers from the 12th Ranger Forces Regiment conducted the raid after a getting a tipoff that Cambodians had smuggled counterfeit goods for sale at the famous Rong Kluea Market.

The Rangers confronted the five, who immediately dropped their large sacks and tried to flee. Inside the bags, soldiers found 146 pairs of counterfeit Fila trainers, priced at 1300 baht.

An officer said the men were probably just peddlers, hired by the producer of the counterfeit shoes to sell them in Thailand.

Thailand charges towards an electric car future, with a few speed bumps