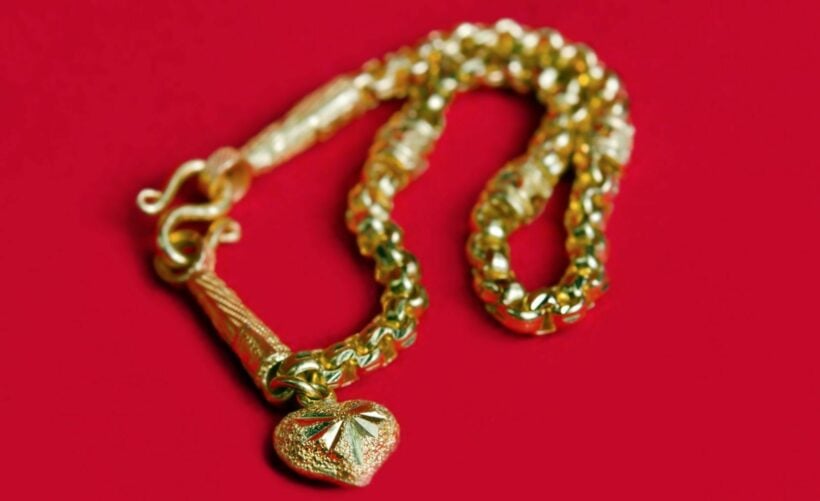 A 17 year old girl was arrested for allegedly robbing a gold shop and threatening the manager with a kitchen knife after she lost money in an apparent scam.

The teenager reportedly told officers that she had gotten involved in what appeared to be an online investment website. She had seen an advertisement on Instagram and decided to invest the 50,000 baht life insurance payout from her father’s death. After sending the money, she realised it was a scam and she could not contact the website.

Her mother was being treated for Covid-19 and started asking about their money. The teenager allegedly went to a gold shop at a Big C in Nonthaburi wearing a hat and face mask. She held a knife and passed a note to the store manager saying “Put money and gold in a bag. Don’t shout. Your life is yours. There’s no need to kill.” She then ran off with gold necklaces and rings valued at around 400,000 baht.

The director of her school submitted 15,000 baht as a bond and she was released from the Central Juvenile and Family Court.

Police claim that officer didn’t commit a hit and run, admit the driver hit someone and left