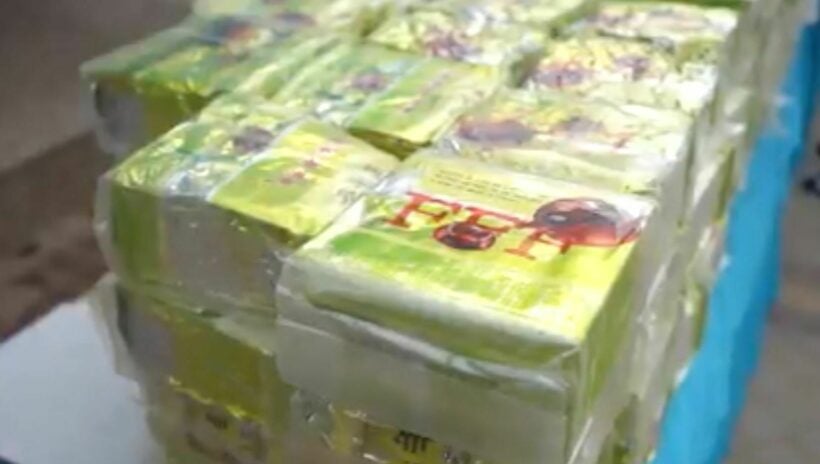 Police arrested five people who were allegedly involved in an operation to smuggle 1,000 kilograms of crystal methamphetamine from the southern province Songkhla, possibly across the border to Malaysia, although reports do not go into detail about which country the drugs were en route to.

At around 2:39am on Friday, officers seized the drugs outside the Anan Motor Sales Company on the Asian highway in the province’s Hat Yai district. The methamphetamine, known as “ice,” is said to have a street value of about 300 million baht.

Thailand is said to be a major transit country in the illegal methamphetamine trade. The drugs are said to be produced in Myanmar’s region of the notorious Golden Triangle where Myanmar, Thailand, Laos meet. Thailand’s Justice Minister has said Thailand is a transit country in the drug trade and is rarely used as a production base due to the strict penalties for illegal drug production.

HolyCowCm
1000kg? That would be a lot of amped out wired people.