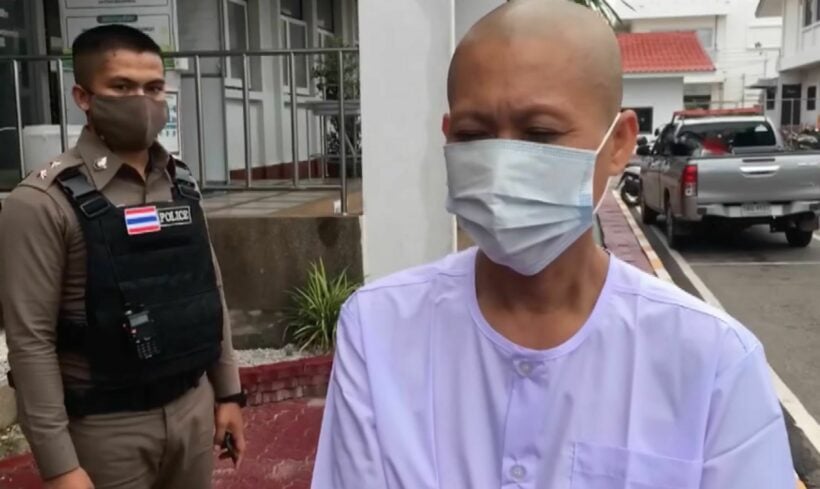 Police arrested 3 Buddhist nuns at a meditation centre in Thailand’s Isaan region for allegedly scamming more than 400 people, promising returns to those who invested in a fund for the poor. Victims say the nuns took off with a total of around 10 million baht. A nun at the centre claims those who made merit would receive returns, but many became greedy.

The hundreds that fell victim to the scam say they were promised high returns in either cash or gold if they contributed to the centre’s “pha pa” funds. Reports say each of the investors gave the centre 2,000 baht to 3,500 baht, but complaintants did not receive returns promised by the nuns.

49 year old Mae Chee Ou, or nun Ou, of the Phra Phutsikkhi meditation centre allegedly ran the scheme. She denied the claims of fraud and told reporters she’s a “noble individual, similar to a monk.” Nun Ou does not have a clerical title, according to the chief of the Provincial Buddhism Office.

According to the Bangkok Post, the nun told reporters that the “pha pa” funds were set up to help the poor and those who made merit would receive returns, but many became greedy.

The 2 other nuns, 45 year old Arunee Chanthanam and 31 year old Pailin Sunthornsuwan, allegedly persuaded people to invest in the “pha pa” fund. The 3 nuns were arrested in charges of fraud. They are being held in detention while the investigation continues.