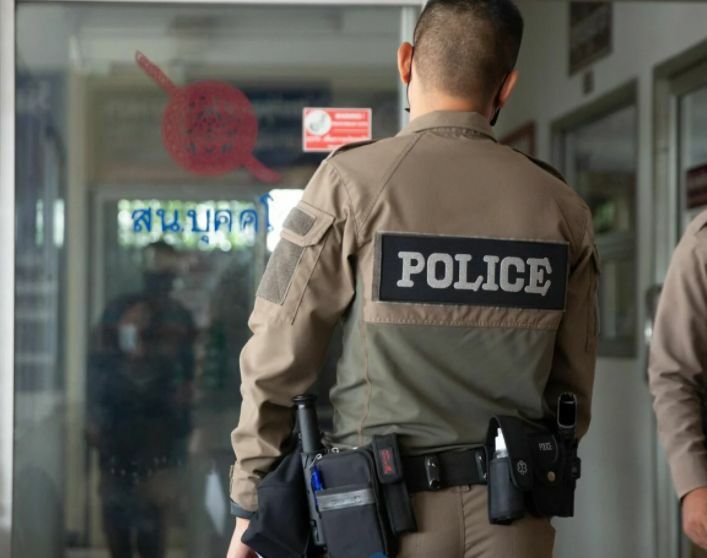 Police arrested a man for allegedly killing his 88 year old father at his home in Songkhla’s Hat Yai district. On Monday, father and son were reportedly in a heated argument when 60 year old Seree Kuldamrongwiwat allegedly fired shots at his father. The Bangkok Post reports that the fatal shooting was caught on surveillance cameras.

Saree was arrested yesterday in the neighbouring province of Nakhon Si Thammarat. According to police colonel Pisit Wisetwong, investigative chief of Nakhon Si Thammarat Police, officers surrounded a home in tambon Siphao of Sichon district at night where they found the suspect’s motorcycle and arrested 60 year old Seree Kuldamrongwiwat on a warrant issued by Songkhla Provincial Court.

Officers say they found a .45 ACP handgun and clothes that matched the outfit the shooter wore at the night of the incident. When questioned, Seree allegedly confessed to killing his father and escaping to Nakhon Si Thammarat on his motorcycle.

The suspect allegedly admitted to being enraged and said he couldn’t recall how many shots he fired at his father, following a violent argument with his father Phit Kuldamrongwiwat, who urged him to go to his second-floor room and sleep with their 5 year old son. Officers say a total of 8 rounds were fired.

Seree is now facing murder charges as well as charges of illegal possession of a weapon and carrying it in public.

RampantRabbit
Yes the world has gone mad. The suspect allegedly admitted to being enraged and said he couldn’t recall how many shots he fired at his father, following a violent argument with his father Phit Kuldamrongwiwat, who urged him to…
Fanta
Alcohol or methamphetamines probably strikes again…. They should legalize marijuana and increase tax on alcohol. “Son eats everything in father’s fridge”or “Baby woken by persistent giggling” are much better headlines.
Blogosopher
Father probably finally told him to find work and provide for his own family. Interpreted: No more money from me.
kalyan
8 rounds to finish the 88 year old father, by 60 year old son ! Now 60 year old son is facing laws !, another person in prison for free food ! Guns , Anger ! People are turning into…
RampantRabbit
19 hours ago, kalyan said: People are turning into beasts Theyve always been beasts