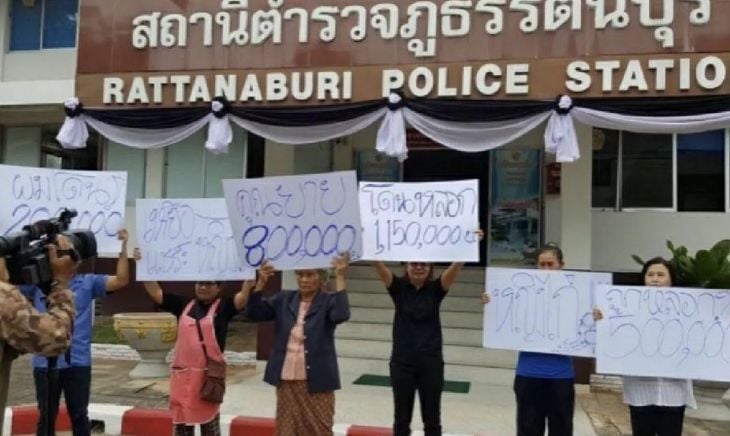 Police arrested 2 lottery ticket distributors in Lop Buri, Central Thailand, for allegedly collecting money from lottery ticket sellers and failing to deliver the tickets for the October 16 and November 1 draws which were worth more than 400 million baht.

“They delivered the first 4-5 lots on time, but in October we could no longer contact them despite already having given them the money… After their arrest, we have submitted an appeal to the police to deny them bail as they might get out and coerce the sellers.”

Police say the distributors accused of fraud had fled from Surin and were hiding at a house in Lop Buri. Officers tracked down and arrested Thossaphon Jitmaen and Yutthana Thongkham.

Police say they found 700,000 baht in cash at the house. The suspects also allegedly confessed to selling the lottery tickets and failing to deliver them.

Alleged drug dealers arrested after help from a stray dog

Human skeleton found in a cassava field in Muang district