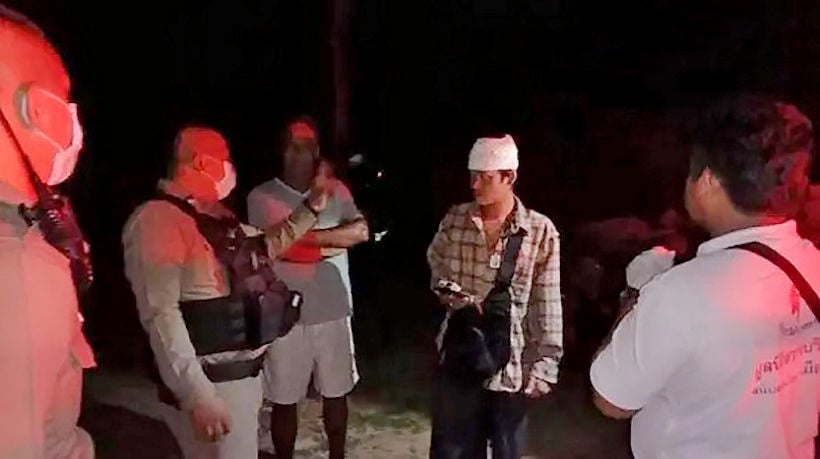 A national park officer has suffered head injuries after he was allegedly attacked last night by a group of teenagers in Chon Buri. He told Banglamung police there was no apparent reason for the assault. Police were notified of the incident,at a house in Baan Phuthai, at around 10:30pm.

Police, emergency responders and reporters arrived to find Phonsuwan Arunsri, a staffer of Khao Laem Ya National Park at the north end of Koh Samet, bleeding from head injuries. He was taken to hospital after giving a brief statement to police. Relatives told police they were just chatting in front of the house when a group of teenagers, who were drinking nearby, used a hammer to hit Phonsuwan before running away. The family and Phonsuwan claim the attack “was for no reason”.

Banglamung police are continuing their investigation to determine if there was in fact a reason for the attack. 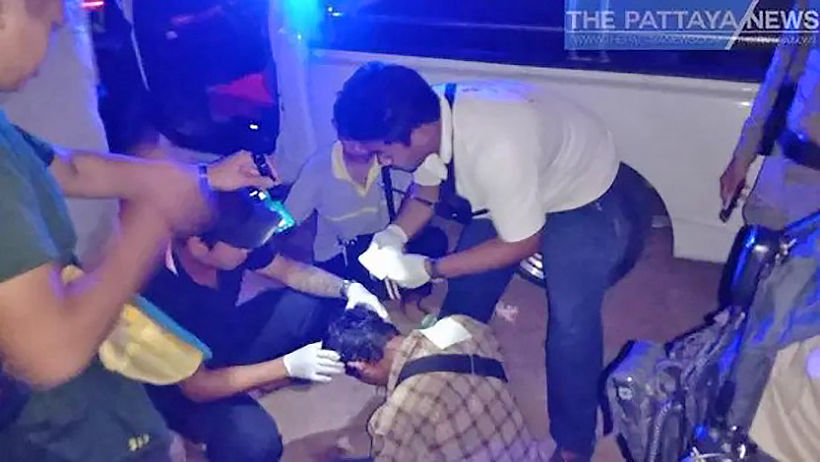