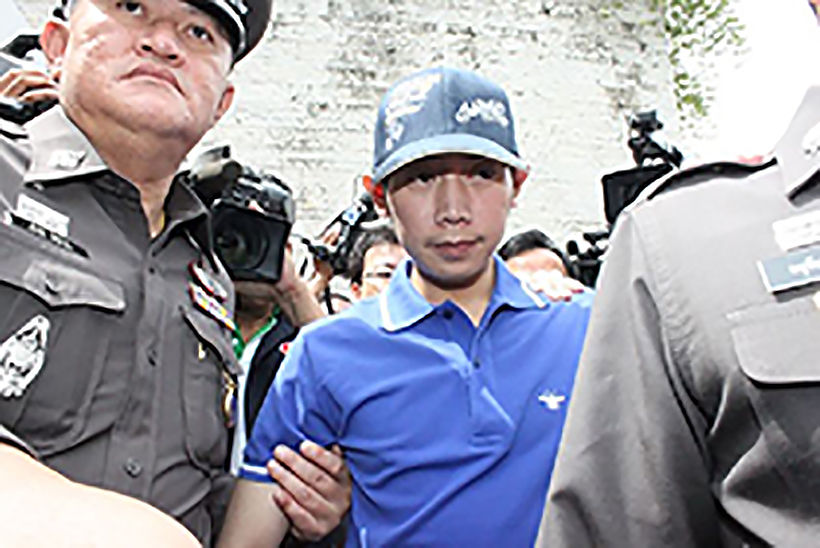 A police panel probing the alleged mishandling of the case said yesterday that every expert who has weighed in believes Vorayuth “Boss” Yoovidhya, heir to the Red Bull drinks empire, was definitely speeding when he hit the motorcycle of a senior policeman and dragged him some 100 metres, killing him. The panel’s deputy chairman, assistant national police chief Jaruwat Waisaya, says police are expected to forward a new report next week so prosecutors can consider laying new charges against him. 10 experts in assessing vehicle speeds, along with 4 other drugs experts were questioned, and their statements are included in the report likely be submitted to prosecutors next week.

Vorayuth, who’s now 35, was driving his Ferrari when it hit and killed 47 year old Wichian Klanprasert, as the officer was riding his motorcycle in Bangkok’s Sukhumvit Road in the early hours of Sept 3, 2012. Vorayuth originally faced 3 charges but delayed answering them for long enough that the statute of limitations on 2 of them expired. 4 car speed experts, including some who previously participated in the lengthy investigation, were asked again to estimate how fast he was driving. They all agreed he must have exceeded the legal speed limit, and their estimates ranged from 125kph to 177kph. They also insisted these calculations were accurate, according to Jaruwat.

The panel concluded its investigation by submitting its findings to national police chief Chakthip Chaijinda. 1 part of the report deals with new evidence justifying reckless driving and drug charges; the other concerns alleged misconduct committed in the investigation to date by 22 police officers, including a former commissioner of the Metropolitan Police Bureau. The panel requested a disciplinary probe against these officers to determine whether disciplinary action for serious breach of duty is appropriate. For those who have already retired, the panel recommended an inquiry to determine whether their roles should warrant criminal charges.

The Foreign Affairs Division of the Royal Thai Police is working with the Foreign Ministry with a view to requesting that Interpol issue a second red notice for Vorayuth, but this will only be done once the public prosecutor confirms the new charges.