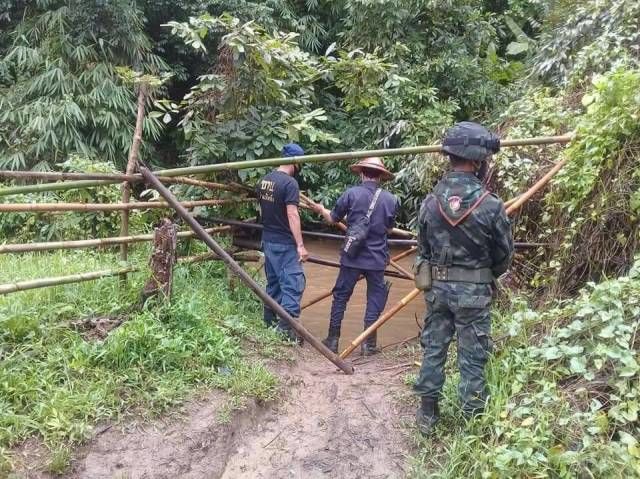 Border patrol officers arrested 6 Chinese nationals who allegedly crossed the Thai-Myanmar border this morning. The arrests follow a series of busts driven by Thailand’s heightened border patrol, a measure aimed at preventing the return of the coronavirus after Myanmar reported a spike in cases.

The migrants had waded through the Moei River, which separates Thailand and Myanmar, and were picked up by a Thai van driver. Police searched the van at a checkpoint in Tak. They say the migrants came from the nearby town Myawaddy in Myanmar.

Thailand has upped border patrol after Myanmar reported an uptick in coronavirus cases. While the outbreak is mostly in the Rakhine state on the country’s western coast, the surge in the cases has posed concern for Thailand provinces that border Myanmar.

There have been many reports of immigrants crossing the Thai-Myanmar border illegally. A bust earlier this week led to a police chase, causing the fleeing truck of Burmese workers to flip over, critically injuring 2 people.