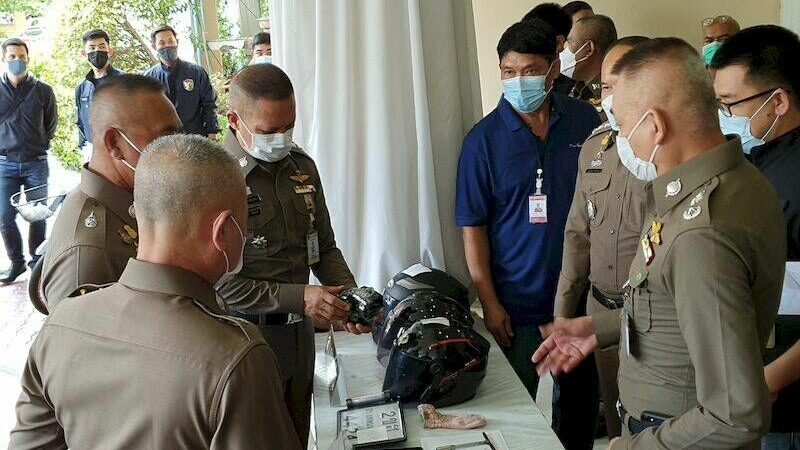 Bangkok police announced yesterday they had arrested suspects who they believed were stealing motorcycles in Bangkok and selling them to neighbouring countries.

The 4 suspects that were arrested are 37 year old Prateep or “Dee Dee Iamsamang”, 34 year old Sarayut  AKA “Mu Yosain”,  22 year old Sutharat or “Jane Lomchan”, and 46 year old  Wichai AKA “Nu Ku Rahong”. Cars and tools were also seized as evidence. Police believe the gang leader was Dee Dee, AKA “Dee Dee Tha Ma Ka”,  in reference to the district in Kanchanaburi, a district west of Thailand, where all of the suspects come from.

Police seized a variety of Hondas, including cars and motorcycles and 3 sets of wrenches, among other stealing accoutrements.

Police officer Nitinan says the arrests follow the authorities being altered to motorcycle thefts in the Bangkok area. After 3 months of investigating, police believed they located the leader of the gang, Prateep/Dee Dee. The leader was reportedly released from prison earlier this year. Police say the gang used their knowledge of living in the Ramkhamhaeng area to recognise the parking habits of residents.

Nitinan adds that the gang would take the hot vehicles to Kanchanaburi and sell them for 7,000 baht. Further, that CCTV was instrumental in catching the alleged thieves.