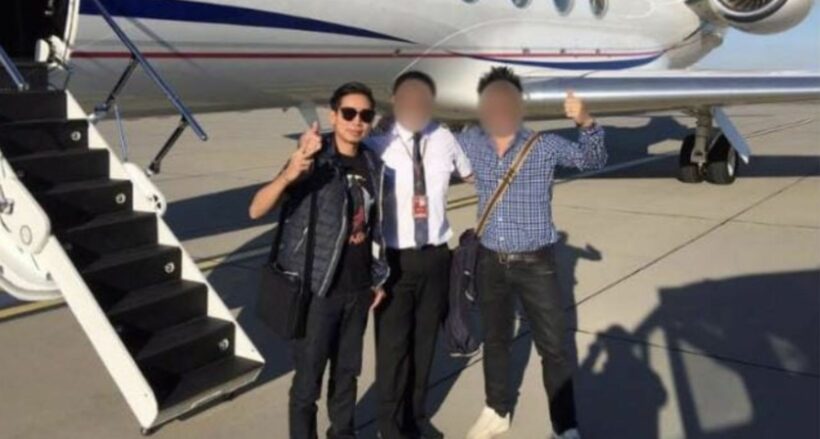 5 proposals have been made by an independent panel as the government mops up the recent internal investigations into the mishandling of the “Boss” case. The Public Sector Anti-Corruption Commission has been given the task of implementing the 5 key recommendations made by panels that have examined the botched investigations over the hit-and-run case against Vorayuth “Boss” Yoovidhya, grandson of Chaleo Yoovidhya, the co-founder of the Thai Red Bull soft drink empire.

The incident happened exactly 8 years ago, yesterday. 47 year old police officer Wichian Klanprasert was allegedly killed by Boss who was driving a family-owned silver Ferrari at the time. The officer was hit and dragged along the road for 100 metres in the Thong Lor area of Bangkok. Boss was estimated to be travelling at 177 kilometres per hour at the time.

Deputy PM Wissanu Kreangam met with the PACC panel yesterday. The panel was headed up by Vicha Mahakun, a former commissioner of the country’s Anti-Corruption Commission.

• The first recommendation is to re-investigate the charges arising from the September 2012 hit-and-run whose statute of limitations had yet to expire, including a drug charge that police never pressed against Mr Vorayuth.

• The second recommendation is for legal and disciplinary action against a number of people divided into eight groups. Various people, including police officers, public prosecutors, lawyers and civilians, had allegedly been guilty of misconduct in their handling of the case. Both disciplinary and legal prosecution would be taken against these people if the investigation warrants further action.

The Royal Thai Police (heavily implicated in the recent investigations, “would be asked to probe the misconduct said to have been committed by its officers who were involved in the case”.

• The third recommendation concerns politicians who were members of the National Legislative Assembly (the country’s only legislative body appointed by the NCPO after the 2014 army coup) who have been found to have been involved with the alleged mishandling of the “Boss” case. Some of those politicians remain in the ranks of the elected lower house and the government appointed Senate.

• The fourth part of the recommendations says that some investigating officials had “abused their authority by permanently shifting responsibility to their subordinates, which affected decision-making in this case”.

• The last recommendation deals with an amendment to office regulations, including those relating to the Office of the Attorney-General, the body which controversially dropped the final serious charges against Boss in July – the charge of “reckless driving causing death”. The deputy PM said that a single deputy attorney-general should not have been assigned to handle both a complaint filed by Boss and also asked to decide whether or not to indict him.