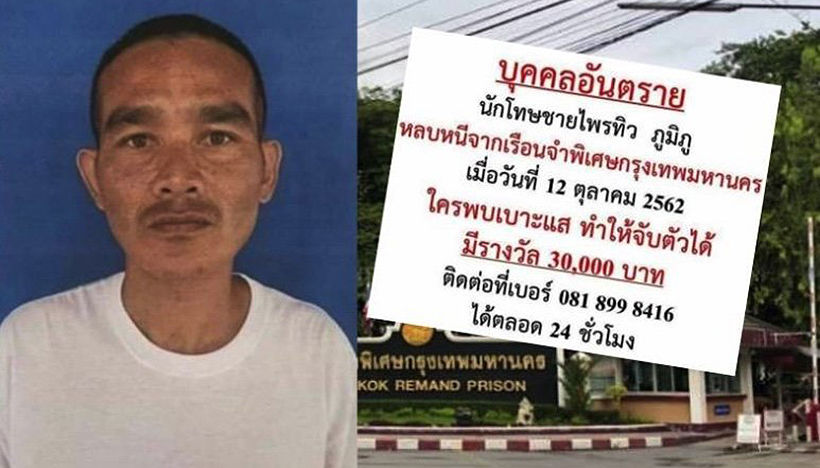 Police in Bangkok are offering a reward of 30,000 baht for information that leads to the capture of an escaped convict. The Daily News reports that Pol Col Chanaworasin Suphaphanarak, the chief of Prachacheun police in northern Bangkok, confirmed the reward yesterday.

Phraiphiw Phumiphu, a convicted thief, escaped Bangkok Remand prison on Saturday. It’s understood he had been working outside the prison gates when he ran off.

Press reports say the escaped prisoner is “unstable”, while the poster issued to publicise the reward for his capture describes him as “dangerous.”

It’s understood Phraiphiw previously served a jail sentence for theft but had re-offended.