All 77 of Thailand’s provinces have been told to adopt the 2015 disaster prevention and mitigation master plan to address the current PM2.5 air pollution crisis. The decision was approved by the cabinet this week after it was proposed by Interior Minister Anupong Paojinda. He says the 133 page plan contains guidelines for action on risk reduction, emergency response, international cooperation and restoration.

“The situation in individual regions varies, so governors are allowed to adjust the action plan to suit their local situations.”

The move comes after air pollution from seasonal fires set by farmers to clear their land rose to hazardous levels in four northern provinces this week. Levels of PM2.5 pollution exceeded the government’s threshold of 50 microgrammes per cubic metre (µg/m³) in Lampang, Nan, Phayao and Phrae provinces. Thailand’s “safe” level is twice that of the World Health Organisation, 25µg/m³.

The real-time PM2.5 level surged to over 400µg/m³ in parts of Phrae and Chiang Mai provinces on Monday, a level considered ‘hazardous’.

The Pollution Control Department also reported Tuesday’s PM2.5 levels were building again in greater Bangkok after a few days of respite, though they remained below the safe threshold at 16-41 µg/m³ as of Tuesday morning. 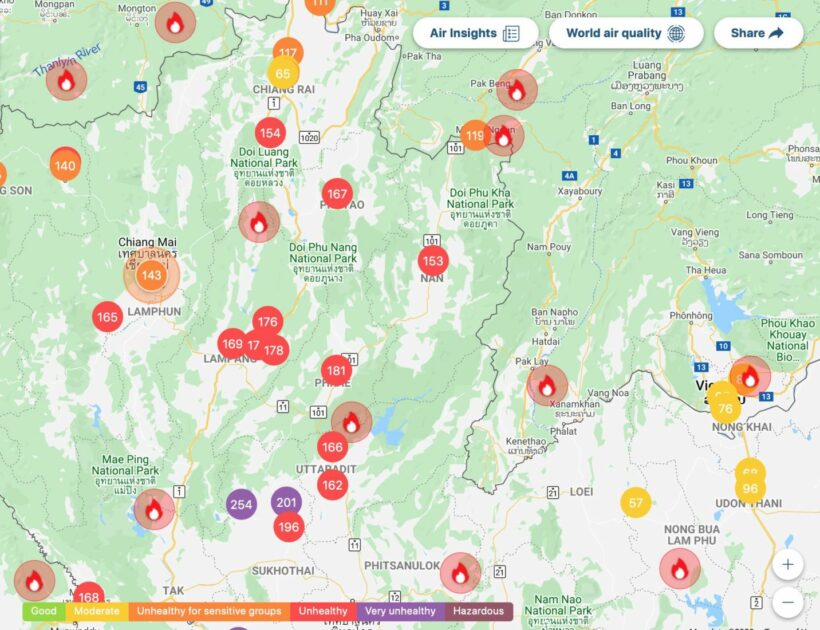