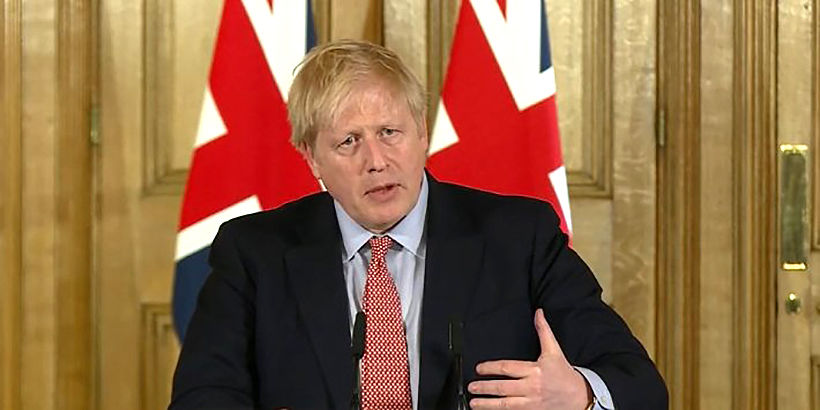 The UK PM Boris Johnson is now in an intensive care unit after his condition with a bout of coronavirus symptoms “worsened.” A spokesman said he had been moved on the advice of his medical team and was receiving “excellent care”.

The 55 year old prime minister was first admitted to the St Thomas’ Hospital in London on Sunday night, UK time, for what was described as “routine tests.” The report said that Mr. Johnson was in “good spirits” at the time.

But there’s been an apparent change in his health as politicians from all sides voicing their support for his health and recovery. US President Trump has also sent his good wishes.

“Americans are all praying for his recovery.”

President Trump described Mr Johnson as “a very good friend of mine and a friend to our nation” who is “strong” and “doesn’t give up”.

A Downing Street spokesperson says the Mr. Johnson remains conscious and has been moved to the intensive care unit “as a precaution, in case he requires ventilation”.

“Over the course of this afternoon (Monday), the condition of the Prime Minister has worsened and, on the advice of his medical team, he has been moved to the Intensive Care Unit at the hospital.”

Queen Elizabeth is being kept informed about Mr Johnson’s health, according to Buckingham Palace.

A day earlier the news was much less sombre. During his period of self-isolation, Downing Street said that Johnson’s symptoms were “mild,” and on Sunday said his hospitalisation was just a “precautionary step.”

Foreign Secretary Dominic Raab, who is the First Secretary of State and the most senior Cabinet minister, said Johnson had asked him to deputise for the leader where necessary.

Mr Raab said there was an “incredibly strong team spirit” behind the ailing PM. He chaired yesterday’s regular morning coronavirus briefing and made a televised statement saying that the government will continue in responding to the outbreak.

Mr. Johnson announced on March 27 that he had been infected and was, at the time, suffering mild symptoms including a cough and fever.

The news comes as the number of coronavirus hospital deaths in the UK reached 5,373, an increase of 439 in a day. The UK Department of Health and Social Care said there were now 51,608 confirmed coronavirus cases.