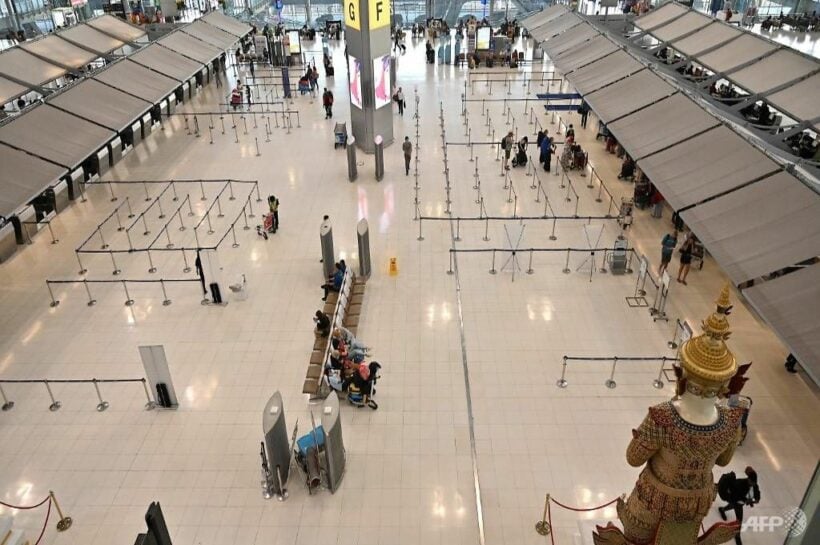 Beginning this Saturday, employees of Thai Airways will no longer work and will be forced to take a significant cut in pay. The announcement comes after the airline said it would halt all flights due to the Covid-19 outbreak, which has forced many countries to close their borders.

Chakkrit Parapuntakul, acting Thai Airways president, said the suspension comes with pay cuts ranging from 10% to 40% depending on the employees rank. He noted the Covid-19 emergency decree has caused restrictions at most international borders and drastically reduced passenger numbers, forcing the airline to halt flights until the end of May.

The airline has taken measures to prevent employees from working in dangerous conditions for the duration of the flight suspension while at the same time, Thai Airways issued what it calls the “8502 relief code” to assist their employees.

The airline said it was rolling out “assistance pay packages” for employees company-wide, plus remuneration.

CNS has also forecast that tourist arrivals in the country will contract by nine million this year, which translates into a 58% slump in passengers.

A source for Bangkok Post at Thai Airways said the national carrier is planning to seek approval from the Transport Ministry of its 80 billion baht recapitalisation. The airline has enough liquidity for about two months, according to the source.