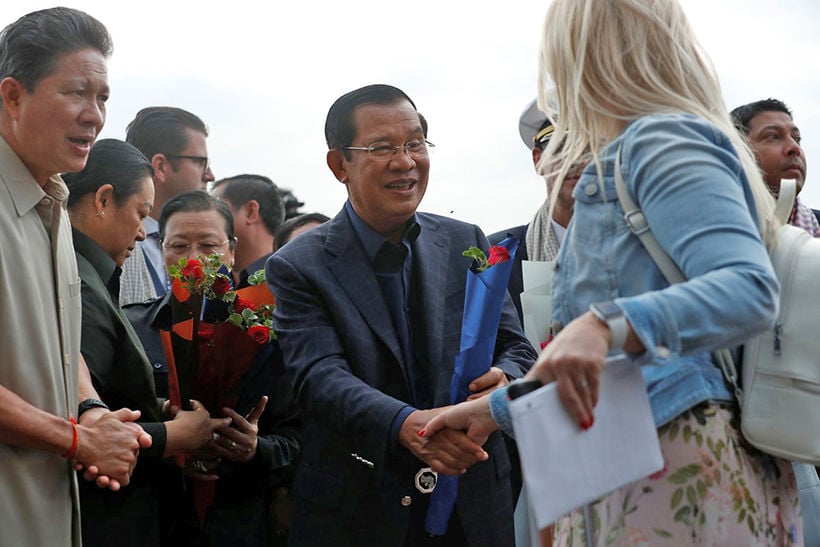 When passengers from the MS Westerdam disembarked in Sihanoukville, Cambodia on Valentine’s Day last week, it was smiles and handshakes all around, as Prime minister Hun Sen greeted them with roses. Protective masks were nowhere to be seen. Not only did the PM not wear one, his bodyguards ordered people wearing masks to take them off. The next day, the US ambassador to Cambodia, W. Patrick Murphy, who brought his own family to greet the passengers streaming off the ship, also went maskless.

“We are very, very grateful that Cambodia has opened literally its ports and doors to people in need,” Murphy said.

But after the hundreds of passengers had alighted, one tested positive for the COVID-19 coronavirus. Now, health officials worry that Cambodia may have opened its doors to an outbreak, and the world may pay a price as passengers from the cruise ship head to their home countries. Fearful governments in five other countries had already turned the ship away, even though the cruise operator, Holland America, assured officials that passengers had been carefully screened.

Hun Sen’s decision to allow the ship to dock appeared to be a political move as much as anything else. The region’s longest-serving ruler and a close ally of China, he is known for his survival skills. But critics worry that the aging autocrat might have acted rashly.

“Of course, he had to do the dictator thing: photo op, roses, exploit this for its maximum value. Whatever is in the best interest of Cambodians is completely irrelevant to him.”

When the Westerdam docked in Sihanoukville, the Cambodian government and the cruise operator deemed the vessel virus-free. But the declaration appears to have been premature. Only 20 of the 2,257 on board were tested for the virus before disembarking, and that was because they had reported themselves to the ship’s medical staff with various ailments. The 83 year old American woman who twice tested positive after travelling on to Malaysia was not among those 20. 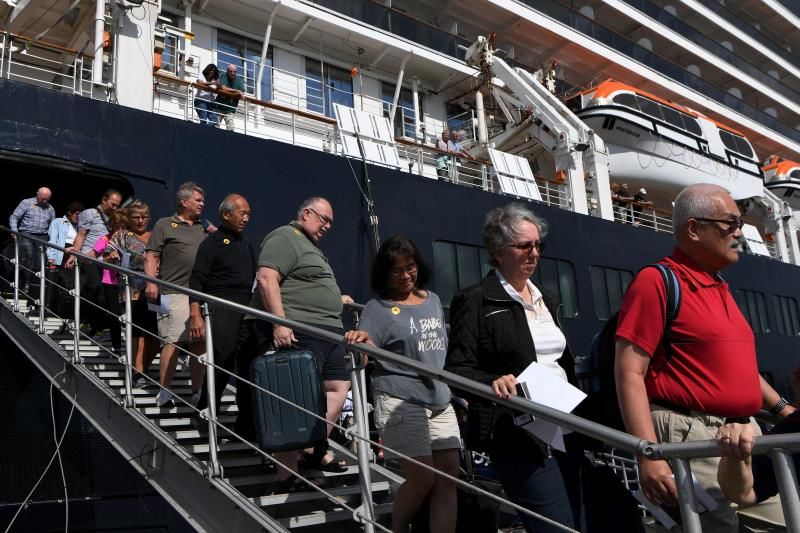 It’s too early to tell whether the decision to let hundreds of passengers from the Westerdam fly off has the makings of an epidemiological disaster. Cambodian health authorities say that 409 of the 2,257 passengers and crew have left Cambodia for their homes around the world. The rest remain in hotels in Phnom Penh, the capital, or on the ship.

Many health experts urge people who have been in contact with coronavirus patients to self-quarantine for 14 days, to avoid danger of contagion. But yesterday, Hun Sen directed officials in Phnom Penh to treat passengers from the Westerdam to a sightseeing jaunt.

“To tour the city is better than staying in rooms or at the hotel feeling bored or scared,” said a post on Hun Sen’s Facebook page.

There is widespread scepticism of the government’s contention that only one person in Cambodia has tested positive for the virus, a Chinese citizen who has since returned home.

“There is a natural lack of credibility and trust associated with the Cambodian government. This is Hun Sen’s Westerdam problem, because even if he was doing the right thing, purely as a humanitarian, he will be seen as the puppet of China.”

Also yesterday, Hun Sen announced another publicity stunt: he wants to invite the passengers of the Westerdam to a party.