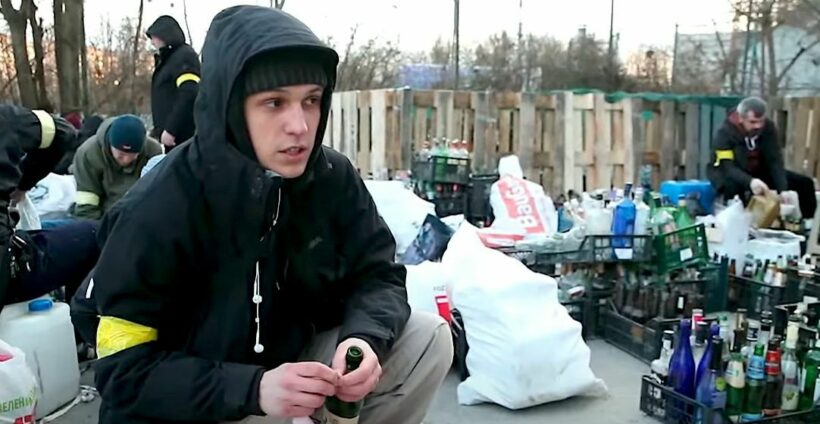 Here’s the latest headlines from Russia’s invasion of Ukraine…

• Russian sate media has announced a new ceasefire proposal, which would allow civilians to flee key cities via humanitarian corridors. But the Ukrainian government has denounced the plan as “immoral,” as civilians in Kyiv would be offered safe passage north to Belarus, while those in Kharkiv would have a corridor leading only East to Russia, the country that is attacking.

According to Russia’s defence ministry, the ceasefire is set to begin at 10:00 Moscow time, with evacuation routes to open in Kyiv, Kharkiv, Sumy and Mariupol, all of which are currently under heavy Russian assault. At attempt at a ceasefire over the weekend was unsuccessful and civilians were killed as they attempted to escape from the besieged cities.

“The world has heard China’s words about its commitment to global peace and respect for sovereignty and territorial integrity for a long time now… It is up to China, at this hinge point of history, to demonstrate these are more than just words.”

• A senior US defence official says 95% Russia’s amassed combat power is now in Ukraine. Russian forces have reportedly fired a total of 600 missiles since the invasion began.

• Fighting continues in Mykolaiv and Kherson, as Russian troops continue their attempt to encircle Mariupol, Chernihiv, Kharkiv and Kyiv, preventing the escape of civilians.

• Kherson, a key port city of some 3000,000 people on the Black Sea in southern Ukraine, has been without power and water and is desperate need of humanitarian aid, the city’s mayors says, as Russian troops overrun the city. Since Russian troops captured Kherson last Tuesday, local residents have been fearlessly protesting the occupation near the city’s Freedom Square, despite Russian military threats.

• The International Atomic Energy Agency, a global nuclear watchdog, says it is “extremely concerned” by reports that a nuclear plant, which caught fire after an attack last week, is under the orders of the Russian commander whose forces seized it. Staff at the Zaporizhzhia nuclear power plant are now reportedly taking orders from the Russian commander. Meanwhile, Russian forces have switched off mobile networks and internet connections in the area, disrupting communications.

• French President Emmanuel Macon has called Russian President Putin to discuss Russian attacks on nuclear power plants in Ukraine and the evacuation of civilians via humanitarian routes. Macron has said he plans to meet with Putin again face to face, in hopes of ending the war. So far, Putin has disregarded his repeated pleas for peace.

• Turkish President Tayyip Erdogan also urged Putin to declare a ceasefire in Ukraine, open humanitarian corridors and sign a peace agreement. A NATO member, Turkey shares a maritime border in the Black Sea with Russia and Ukraine and has enjoys good relations with both nations.

• Vladimir Putin says Russia’s military action will “not stop” until his demands are met. These include withdrawing NATO forces from post-Soviet bloc countries near its border and the demilitarization of Ukraine.

• In the southern city of Mariupol, the city council has blamed Russian shelling for preventing the escape of civilians, as the death toll of civilians trying to escape from conflict zones continues to rise — despite Russia’s agreeing to open humanitarian corridors for evacuation of civilians as the second round of peace talks last week. Putin has groundlessly blamed Kyiv for the failed evacuations in Mariupol, as he continues his propaganda campaign of misinformation.

• Negotiators say Ukraine and Russia will hold a third round of talks Monday. The previous two rounds of talks failed to provide a ceasefire, though Russian has agreed to open humanitarian routes for civilian evacuees — a commitment it has unfortunately not upheld, with reports of Ukrainians by Russian shelling at evacuation points.

• The UN reports that more than 1.5m people have now fled Ukraine into neighbouring countries, including Poland, Hungary, Romania and Moldova. It is the fastest growing humanitarian crisis in Europe since WWII.

• Three people were reportedly killed at an evacuation crossing point outside of Kyiv, stoking fear for Ukrainian civilians trapped in the cities of Kyiv, Mariupol and Volnovakha.

• Western intelligence officials expect Russia to increase the pace and strength of strikes on main population centres, including the capital of Kyiv, which could increase civilian casualties.

• TikTok is suspending its services in Russia, as the government enforces a new law with strict limitations on reporting about the “special military operation” in Ukraine. Netflix has also stopped its services in the country.

Fester
40 minutes ago, Fanta said: I have said it before but, just for you, I will say it again. I do not support Putin or this war. I also do not believe the Western media’s glowing reports of the Ukrainian…

Faz
Members, it's absolutely pointless reporting posts as off topic, then replying to the same posts you've reported. Your wasting moderators time trying to edit the off topic parts of a post as well as the quoted replies. Further such posts…
Rookiescot
6 minutes ago, Fester said: Why is Zelenskyy even asking for peace talks? Perhaps he prefers peace over war, even if he is winning. I suspect he wants it over with because of the mounting civilian casualties (including many children)…

Marble-eye
It seems that the Ukranians are taking the fight to the Russians now, an arms depot in Russia, just 12 miles from the Ukraine border has reportedly been destroyed by an Ukranian missile. "Is Kyiv taking the fight…