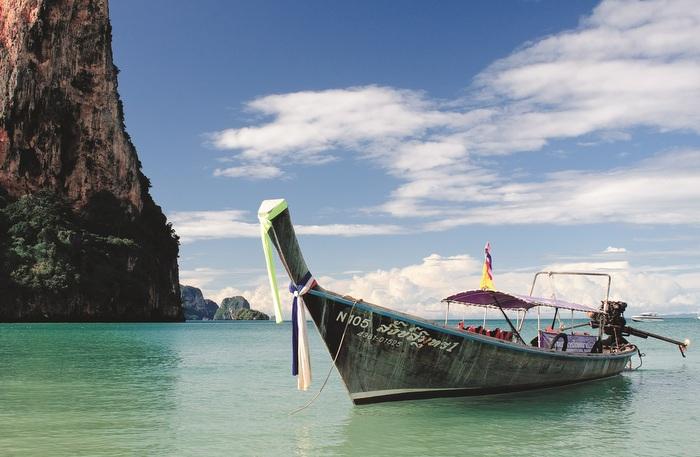 PHUKET: The divide exists in many places worldwide, and it exists in Thailand too. As I holiday regularly in Chiang Mai, I wonder whether the grass is greener up here in the North. Should I up sticks with my family, sell my Phuket property, relocate my business to a more modest micro-economic environment, and ‘escape’ the throngs of sun-lotion embalmed visitors propping up the Phuket economy?

If you don’t like tourists, don’t live in a place they like to visit, and there are some beautiful spots in the remote provinces in Thailand where tourists are few and far between. But if you like good massages, restaurants, retail therapy and easy international transport, then you will inevitably be rubbing shoulders with abundant tourists who like these same things.

Chiang Mai has a bunch of tourists too. They don’t visit for the beaches, but they do hang out in coffee shops, eat healthily, explore National Parks, and take photos. If you don’t like tourists in Phuket, you won’t like them in Chiang Mai either.

Thai food is world famous for a reason. It is fantastic. In the North you can get a more diverse and authentic selection of Northern food, but you must search if you want to sample more than khao soi and Chiang Mai sausage.

Everyone’s idea of Thai food is different, but naturally Thais know their cuisine best. Northern food has amazing hot pots and tomato-based dishes. In Phuket, you can also get an amazing selection of dishes, such as my favorite – stinky green ‘stor‘ beans stir-fried with prawns. Yummy!

Some of my friends who have lived in Chiang Mai mention pollution as their most serious negative aspect of living there. I also have friends in Singapore, mainland China and Indonesia who say the same. They all suffer from the selfish uncontrolled acts of governments, farmers and companies exploiting their power at the expense of the health of others.

In 2015, Phuket suffered the worst air pollution seen in 13 years, after winds carried the haze up from Indonesia. Though the haze lasts longer up North, unless something is done Phuket won’t be far behind. Mark this down as a ‘can’t do anything about it except complain or leave’.

For some reason, Phuket is up to 40 per cent more expensive in many respects than Chiang Mai. I visited Rajapruek Park – inordinately beautiful and it cost me just 100 baht for myself; my wife and my son to enter, unlike the abundant rip-offs around Phuket.

We spent a whole day in Rajapruek Park and truly relaxed. I would be concerned about visiting the beach in Phuket for a family day without assurances that I wouldn’t be hassled for taking an umbrella and a sun bed.

I have avoided beaches on the whole in Phuket in 2015 as I simply don’t want even a small risk of hassle on a family day out.

I looked at the prices and property options up north. In the Nimmaphan district, you can pick up a condo for just over a couple of million baht, very centrally located and near to the main shopping area. You will be able to walk to your local pub and restaurants, but pushing a pram isn’t easy.

If you venture out of the city, you will find stunning properties with lovely countryside, lake or river views.

The diversity of foreign-inspired architecture is less apparent in the increasingly white walled and European-roofed Phuket estates, but around Chiang Mai you will find lovely Lanna-inspired designs and you’ll feel the culture in the properties.

The price of property and the price of land for those who are allowed by law to buy land, is more reasonable in Chiang Mai.

I live in Phuket and holiday in Chiang Mai. I am sure many Chiang Mai-based expatriates and Thais do the opposite. There is good and bad in the North and South of most places worldwide, and the same is true here. However, if you are buying for investment purposes, then Phuket property prices have risen more, and to larger peaks, than in the North.

Desmond Hughes has been an owner and operator of his law firm in Thailand for 12 years, and is a senior partner at Hughes Krupica law firm www.hugheskrupica.com