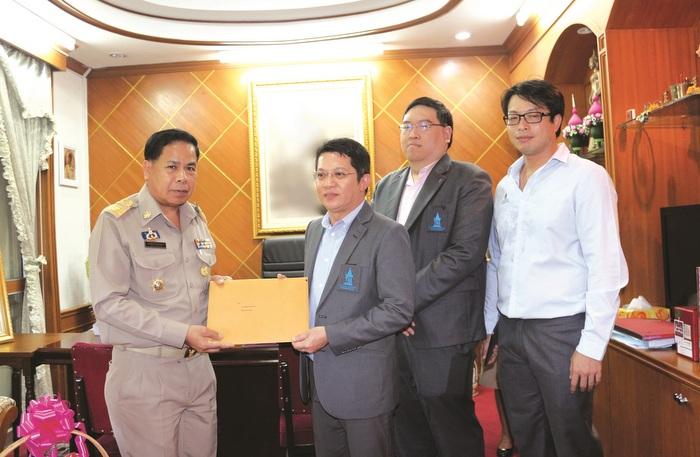 PHUKET: Crisis? What Crisis? At long last the ticking time bomb of unlicenced accommodation establishments in Phuket has finally made headlines. The furor of action was capped as the Thai Hotels Association (THA) Southern Chapter issued a formal letter of complaint to the Governor’s Office asking for action, given an out-of-control spread of hotels operating without licences.

To fully understand the issue of unlicenced hotels, you have to understand this is not a new development and has been going on for decades. At the onset one of the key drivers was tax related. First is the national government tax of seven per cent. The base was increased in 1997, when the country enacted a provincial tax under the newly created OrBorJor administrative body. This tax was set at one per cent, but in fact is capped at three per cent.

Two issues are at the root of tax transparency. Certainly on the seven per cent national tax, this is linked to total revenue for the hotel and has implications on a wider scale for hotel owners. It has not been an uncommon practice for smaller hotels to keep different sets of books to undervalue their income tax payments. As for the OrBorJor tax, this has historically been a widely disputed item with local hotel owners objecting to tax payments that resulted in projects which have been, and continue to be, contentious.

Over the years we have viewed a number of hotel properties coming up for sale and one of the first basic items in due diligence is the confirmation of a current hotel licence for the actual number of rooms. In our experience, there continues to be a sizable number of hospitality assets that either have no licence, or there is a wide variance between the actual hotel rooms and those listed in the licence. The bottom line is that the longer term issue has been tax avoidance.

Moving into the new millennium a new issue emerged with villas and condos/apartments being developed. In the late 1980s and 1990s, this issue was not envisaged in many agreements and, in fact, the Hotel Act was only amended in 2004 to address the anomaly of serviced apartments selling daily accommodation.

For the past 10 years, investment properties geared toward rental yields and hotel-type operations have grown consistently and are now a significant component of the island’s hotel inventory. In most cases there is no hotel licence for such projects, and hence no tax collection.

From a legislative standpoint the existing Hotel Act as amended in 2004 is onerous for small hotels and those with residential components. There are building restrictions, requirements for experience and an overall process that relies strongly on application approval by local government.

Two other obstacles have created issues as well. Firstly, compliance to the Building Control Act must be made before the hotel licence application is processed. This has created roadblocks for residential properties, conversions and those owners who wish to legalize existing hotels that do not have licences.

Secondly, the current existing Condominium Act broadly restricts long-term tenure for hotel operators. This is a significant problem for developments that are marketed for rental returns. How can buyers ensure the long term-viability of an investment?

A most troubling issue today is the surging number of billboards for properties offering guaranteed returns to buyers. In many cases these properties cannot obtain a hotel licence, which in the longer term means they cannot generate the anticipated rental revenue.

Illegal hotels are a plague to Phuket as they stress the island’s infrastructure and the associated greed has created a dangerous paradigm of simply taking, instead of putting anything back into the island. Reforms are needed both at provincial and national levels. As for buyers of property in a rental scheme, if you expect long-term returns, make sure the development into which you are considering buying has a valid licence.

Across the Land: Evolution of Phuket’s property scene