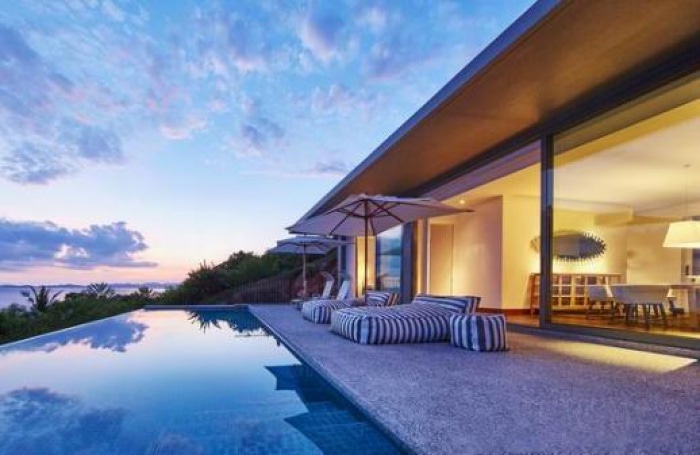 The latest survey by Plus Property, an agency subsidiary of residential developer Sansiri, shows sales of high-end condominium units priced at about 100,000 baht per square meter or more are continuing to grow.

Completed unit prices have risen 5 per cent to an average of 89,548 baht per square meter thanks to positive factors, such as government policies on transportation and tourism, as well as the recently announced stimulus package for the property market.

Phuket continues to attract its fair share of extremely wealthy foreigners and property investors, but the number of foreigners willing to spend 100mn baht or more for a luxury villa has been dwindling, according to research by Knight Frank Thailand.

Poomipak Julmanichoti, managing director of Plus Property, said the company’s survey of the Phuket residential market found that while the overall market had experienced slow growth, high-end beachfront condominium units priced at 100,000 baht per square meter or more were still performing well, as they were attracting interest from buyers with high purchasing power who are largely unaffected by the economic downturn.

Top Phuket investment developers have a monthly absorption rate of 6.47 condominium units, compared to the market’s 5.09-unit average – a fact that highlights the strong purchasing power held back only by a lack of confidence, he said.

Based on this data, the market slowdown can be seen as a temporary trend that will quickly be reversed once the economy improves, he added.

Phuket is an interesting destination for seaside vacations, with 16,241 condo units available in the market. This includes 10,452 completed units in 53 projects, or 64 per cent of the supply.

Demand for completed units has risen by 38 per cent from Plus Property’s previous survey to 7,166 units, representing an average take-up rate of 69 per cent, according to the company’s latest findings.

“This is a very good time for consumers to purchase a unit, thanks to this stimulus and various promotional campaigns from developers,” Mr Poomipak explained.

Meanwhile, the limited number of new luxury villas in Phuket has doubled the price of resale units, as demand is relatively strong in this niche market, said Aliwassa Pathnadabutr, managing director of CBRE Thailand.

“Top-end villas on the island were part of an exclusive market characterized by a limited number of high-value transactions,” she said, adding that major players used to be small foreign developers with limited financial backing, but they have been replaced by large operators.

This is positive for the market in terms of reduced risks for buyers and an improvement in the quality of villas and designs.

Most villa sales are in the entry-level segment, with prices below 15mn baht.

Despite ongoing demand in the luxury segment, buyers face a limited supply, said the managing director.

“In recent years, buyers’ preferences in the luxury sector have shifted towards hotel-branded products that offer quality management, five-star services and facilities, as well as the ability to generate rental income,” said Ms Aliwassa.

However, the proportion of completed luxury villas priced above 35mn baht with hotel branding remains limited and accounts for less than 10 per cent of the villa market.

With the completion of Phuket airport’s expansion next year, CBRE expects to see further growth in tourist arrivals having a positive effect on resort property sales.

In 2005, the first phase of Andara Resort & Villas was launched with units ranging in price from US$3 million to US$4mn. Today, resales at Andara range in price from US$6mn to US$8mn (216mn-288mn baht), with some transactions achieving a 100-per-cent capital gain.

Launch prices of some luxury projects have also hit the US$10mn mark.

“The Phuket condominium market has transformed itself to accommodate the change in buyers’ preferences, as well as reflect the scarcity of land.

This year, Phuket has been attracting more mass-market travellers, notably Asian and Chinese nationals whose numbers help offset the drop in jetsetters.

Villas are still selling, but the number has been more modest, though still priced beyond the means of most buyers, said Ms Risinee.

Previously, demand on the island was for large lifestyle villas, with usable areas of at least 1,600 square meters and a price point of 100mn baht or more, she added.

Sansiri Plc’s ‘The Deck’ said to be selling hot