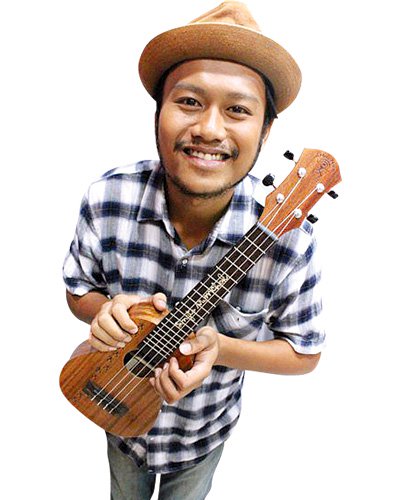 PHUKET: Thailand’s indie music scene is ambiguous. That is to say, there doesn’t appear to be any defined ‘scene’ as such.

But scratch a little deeper and the talent is undoubtedly here – even in Phuket – with accomplished musicians walking their own independent path. One such troubadour is “Singto” Numchok.

Singto’s voice and mellow guitar skills have shifted thousands of copies of his self-titled debut album, yet the man himself remains the same laid-back soul who began his musical apprenticeship as a busker on the mean streets of Patong several years ago.

A native of Buri Ram, Singto started playing guitar at the tender age of 12. He eventually moved to Bangkok, before the scent of the ocean and the beaches lured him to Phuket about three years ago.

“When I first arrived in Phuket I performed my music just for fun… on Soi Bangla among other places. A friend of mine owned a restaurant in Phuket Town and asked me to play there in the evenings. It sort of took off from there,” says Singto.

Phuket and Singto proved a perfect fit. Phuket was where he began to refine his music and give it direction. Island living is everywhere in his debut album – an unashamed, surf-fused pop record released last autumn to critical acclaim. Think Jack Johnston and you won’t be too far off.

The laid-back beach music of artists like Johnson and Jason Mraz has been well received in Thailand in recent years, but it took Singto to take up the baton for the local boys.

“Thailand already has a lot of reggae and ska but not too much surf music, so I decided to have a go at it,” he says.

“Surf music comes from simple pop music… it’s easy for people to get it and like it. Everyone loves the beach in Phuket. When you’ve got a broken heart or feel tired with things, you might think of the beach and it can make you happy,” he adds.

The opening track on the album, Wake Up, is performed in English; so too is the jazz-scat soaked Hoo Hoo.

Acoustic guitar is the main event on most tracks, but the ukulele is there as well, giving the music a Hawaiian bent.

Singto is self-taught on the ukulele – picking it up through clips on YouTube. And as it turns out, he is a natural on the instrument, scooping first prize at a national Thailand Ukulele Festival last year.

“I bought a ukulele in a small music shop in Phuket Town; it was the only one they had. I liked the sound of it and quickly got to learning it,” says Singto.

“I applied for the competition while I was still making the album. I wanted to win the grand prize of two really good ukuleles. I thought they might give the album something different. I sent a clip to the competition organizers and I was voted the winner.”

Playing live, Singto does mostly his own songs, but also throws a few covers into his repertoire. Stevie Wonder’s My Cherie Amour and Marvin Gaye’s What’s going on, both played in Singto’s unique, laid-back style, are two fan favorites.

Singto loves Phuket. “I have so many friends on the island that it feels very much like home to me now,” he says.