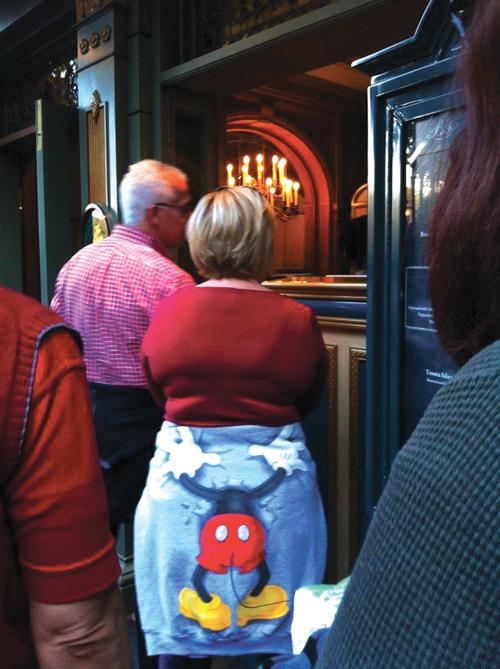 PHUKET: A recent article claimed that too much sitting can kill you. It causes heart attacks, diabetes and a bigger bum. The author worried about the health of people who spend all their working days sitting in cubicles in front of computers, then go home to spend their entire evenings sitting in front of TV sets.

Indeed, I have often wondered at the sad lives led by people like those in the comic strip Dilbert, who work in cubicles. What sort of life is that to inflict upon humans, the noblest creature on our planet?

Except for the coffee breaks, you might as well be a rat on a treadmill.

As an ardent sitter, more formally known as a ‘sedentarist’, I found the author’s observations disturbing. I spend about 12 hours a day wallowing in my La-Z-Boy recliner in front of the TV set. The remaining 12 hours I spend sleeping. Occasionally, driven by urgent internal pressures and a need for exercise, I heave my elephantine body out of the recliner and waddle to the bathroom. I regard the La-Z-Boy recliner as the greatest invention since the flush toilet.

Other people have their workstations and playstations; the recliner is my ‘lifestation’. Foxes have holes, as Jesus Christ perceptively observes, “birds have nests, and the Son of Man may have nowhere to lay his head” (Luke 9:58) – but old men have the sybaritic enjoyment of the La-Z-Boy recliner.

I would spend my entire day luxuriating in the comfort of this marvelous chair, were it not for the necessity of getting up occasionally to pop open another beer and rip open another bag of snacks. Then, of course, at the end of each hard-fought day, I have to endure the trauma of struggling out of the recliner’s warm embrace and falling into bed. Ah, the hardship! It’s bound to kill me. This schedule enables me to hone my mind on the rich educational and morally uplifting fare offered by True Visions, our local cable operator.

When, in a single day, I can savor such cinematic masterpieces as “Teenage Zombie Strippers,” “Mongolian Death Worm,” and “Texas Chainsaw Massacre 2,” I know that our civilization has reached the acme, peak, and zenith of its evolution. Thanks to my sedentary lifestyle, my brain, which might otherwise be wasting its energies devising useless theories of Einsteinian complexity, is more practically employed in eagerly looking forward to the release of “Alien Versus Predator 3.”

The writer of the article has a bias against big bottoms. But mine gives me gravitas, provides ballast, and makes it less likely that I’ll be blown away in a hurricane. Unfortunately, I cannot see my bottom, which I fondly refer to as my elegantly configured tush. That pleasure is enjoyed only by others. Judging from their awe-struck looks when I waddle past, it must be impressive.

To promote the virtues of the sedentary life, I’m organizing a Sedentarists’ Society. Want to join?

Aspiring sedantarists can contact the author c/o s.tsow@ymail.com for further instruction in this noble art.

Portrait of a modern day backpacker