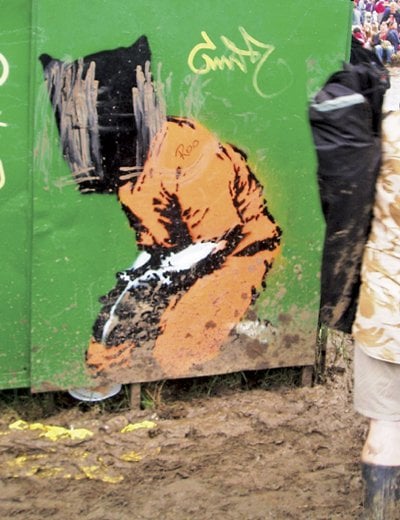 PHUKET: Norman Mailer was never known for his generosity to young writers. The one author he did adopt was the convict Jack Abbott, author of the prison memoir, In the Belly of the Beast. Mailer championed his cause and when Abbott was released from prison, he promptly stabbed a waiter to death.

But Alex Gilvarry has been named a Norman Mailer Fellow. His debut novel is called: From the Memoirs of a Non-Enemy Combatant (Viking, New York, 2012, 302pp). This tells the improbable tale of Boy Hernandez, a Filipino dress designer and rising star in the New York fashion world, five foot one inch tall, avidly heterosexual and fond of blondes, who is accused of fomenting a terrorist plot and is whacked away in Guantanamo.

It’s there that he writes his book.

You might think that this has all the makings of a farce. The New York fashion scene just begs for satire. But, to his credit and despite the clever laugh lines, Gilvarry is deadly serious. Here are the thoughts of his dress designer hero: “A dress is a performance –its only responsibility is to the moment. It is elegant and ephemeral. It can’t sustain a woman’s body for very long. Women’s changes are far too radical. In couture, some dresses can be worn for only a few hours, max. What’s the saying? Elegance is a dress too dazzling to dare wear it twice.”

How did Alex Gilvarry get started? His first girlfriend in Manila was pawing through a stack of New York fashion magazines and Hernandez was instantly hooked. This moment, “transcended price and brand and the particular waif who wore it. It was between the individual and the clothes. All else meant nothing. This moment of catharsis is what we in the industry refer to as ‘in the zone’. It’s when a designer takes it to the next level to create something fresh and hot and unforgettable.”

New York is the young designer’s dream and in 2002, on his first taxi ride from the airport, he has the driver stop at Battery Park so that he can gaze upon the Statue of
Liberty. He is soon mentored by a former Manila fashion school classmate, Philip Tang. Halfway through the memoir, Tang displays his collection of dresses.

“This new line was much darker than the collections he had done before. It brooded and slouched. It was sorrow and anguish and jealousy and I saw myself. In the greatest art we see ourselves reflected back at us, do we not? Guernica, The Scream.”

For the nuts and bolts of his rise, he depends on Ahmed Qureshi, a Brooklyn neighbor and extravagantly mendacious Pakistani con man. Ahmed fronts the money for his move to fashionable Williamsburg where he sets up his studio at a former toothpick factory overlooking the East River. His girlfriend is Michelle Brewbaker, a drama major at Sarah Lawrence who, after his downfall, will write a short-lived Broadway play about their romance.

Hernandez refers to his downfall as “The Momentous Event”. On the night of May 30, 2006, he was settling into bed and waiting for Michelle to come out of the bathroom when a SWAT team burst into his apartment. He found himself on the floor with a boot to his neck.

Two weeks later in Guantanamo, his FBI interrogator handed him a pen and legal pad and suggested he write his memoirs.

In these pages he neatly captures his guards, his interrogators and fellow prisoners, his martinet of the awful camp commandant.

He has been consigned to a “No Man’s Land” because Ahmed Qureshi had been caught in a FBI sting operation trying to sell explosive ammonium nitrate fertilizer to Somali terrorists. He accuses boy Hernandez of being the mastermind.

Toward the end Hernandez writes: “Because everything I write about is in the past, I don’t see myself as living anymore. This is what happens to you when you are arrested. The present is shifted instantly into the past, and what had once seemed unfathomable – torment, misery, profound suffering – is now actual.”

Will Boy Hernandez ever escape No Man’s Land? He is soon to endure much worse treatment from the another government agency, the CIA.

The book is available as a Kindle edition from amazon.com or by ordering through all good bookshops in Phuket.