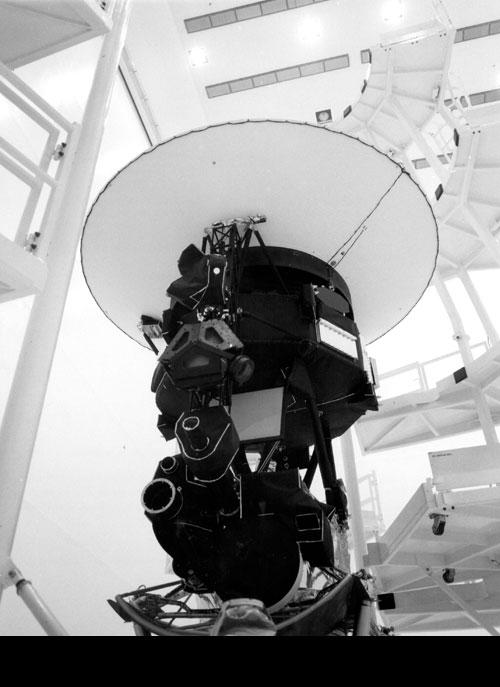 PHUKET: NASA’s Voyager 1 spacecraft recently became the first human-made object to venture beyond the boundaries of our solar system and into what is known as interstellar space, a part of space that our sun has little to no influence on.

The 36-year-old probe is now about 12 billion miles (19 billion kilometers) from our sun. New and unexpected data indicates Voyager 1 has been travelling for about a year through plasma, or ionized gas, present in the space between stars.

Aside from all the self-proclaimed “trekkies” (someone who has an obsession for Star Trek), especially enthralled by the news, right here in Thailand, is former Phuket expat, Don Battles, who spoke to the Phuket Gazette via phone from his current home in Chiang Rai.

Before his Thai chapter commenced decades ago, Don was a NASA rocket engineer who worked on a number of important launches for the US space program, including the Apollo missions that ultimately landed 12 men on the moon.

The Gazette asked Don to comment about and reflect on the latest outer-space – deep space milestone, and the Alabama farm boy turned rocket scientist, who would ultimately become the “Merchant of the Orient” (see link below) had this to say:

“I started to work on a rocket launch team at Cape Canaveral Florida in 1958 shortly after graduating Aerospace Engineering. As you might imagine, we were in a cold war and missile race with the Russians. We had to work night and day to accomplish: Strategic Missile Parity; Communication Satellites and Outer Space exploration.

The initial Pioneer Satellites were the beginning, followed by Voyager. I would like to note that I am not an astronomer but love everything that I have ever learned about it. My best friend in high school, Lavonne Hales, tried to get me to study astronomy with him in college. I was more of a hardware and systems guy from my previous experience in the USAF.

He went on to be a great astronomer and contributed greatly to many of the developments of astronomical hardware. In 1960, it was determined that many planets would be in a line at a point in the future and if we could do a fly-by, we cold capture a lot of information from many different planets in the nearby [section of our] solar system that we were familiar with.

This program was called “Grand Tour”. Our launch vehicles then were quite limited and some depended on converting Intercontinental Ballistic Missiles equipped with an upper stage to do deep space missions. This is how we put John Glen into earth’s orbit for the first time. We used an Atlas Rocket. These Ballistic Missiles were not designed for these missions but we had to further develop them and the rocket engines were reasonably dependable. We had to modify them to meet our missions.

Thank god we had scientists then that wanted to explore outer space along with a government that believed in what we were doing and they funded the work.

I think that very few people understand or appreciate the importance of the Voyager mission and how successful it has been. The work started long before many people were born and they still do not know what it has accomplished, let alone understand that the deep holes of space are not known nor understood. It took us 20 years to develop the Hubble Telescope and it has give us visions into another part of the universe that we never dreamed of knowing.

By the early sixties we needed high-lift capability to reach the outer fringes of outer planetary space. The Voyager work started in 1972 and launched in 1977. People wanted to know what was beyond the solar system away from the control of the sun.

We never dreamed that its [Voyager 1’s] plutonium power supply and radio transmission equipment would last 36 years and is expected to last to 2025. Now Voyager is some 19 billion miles away from the sun. We were just praying to get into deep outer space and after that anything would be a bonus.

Besides the Apollo Project where we landed a total of 12 men on the moon in 6 missions, I think that the following missions were great and gave us a lot of insight into the world that we have such a limited knowledge of: the Hubble Telescope and the Mars Lander Rover.

After working with the German Rocket Team for 17 years, we were well on our way with a manned mission to Mars using a nuclear powered rocket. We would have landed on Mars in 1986 but the program was killed by the Nixon Government when they decided they could not keep the war in Vietnam and also go to Mars. He needed to maintain the war to get re-elected. The Mars mission carried very little political weight on the voters. Dr Von Braun [a former Nazi scientist who after the second World War, played a central role in US rocket/space programs] fully believed that we could get to outer deep space and land on other planets. He was a great visionary.

When he was taken out of his job and given a desk job in Washington, it was the end of these dreams. He died in 1976 in Washington DC. All of my other German Rocket friends I knew have died. Most of us old Rocket Engineers don’t die, we just fade away. At 80, I have faded away to a small farm in the foot hills of Doi Hang in Chiang Rai, which is not so bad.

As many know, I disagreed with the future of NASA and the Space Shuttle as I saw nothing new to be learned from the International Space Station and its low earth orbit mission. I was classified as a non believer and given the opportunity of being fired or taking an early retirement. I took the early retirement but miss the exciting work that we did.

Starting with Nixon, future presidents thought more of war than they did space. The Bush boys set the record with dragging us into three wars. They did nothing to further outer space exploration. We now have turned Venturing into the unknown over our manned space business to the private sector for earth orbit and resupply of the International Space Station. Elon Musk and his Space X was the first private company to build a new rocket and a maneuverable resupply space craft from scratch.

He launched it from Cape Canaveral and represented the first private company to do this. He is now well into the development of a manned 7-person resupply vehicle for the International Space Station. Currently we are paying the Russians US$70 million per man for our resupply. If the world were behind this kind of the work, the human resources are available and the hardware and work could be done by the private sector to keep an important mission for man to explore the planets and black holes.”

To read more about Don’s days as a rocket engineer, his tenure with the USAF, as well as his childhood growing up on the farm – and of course the journey that would ultimately lead him to Thailand, be sure to get a copy of his autobiography, “Merchant of the Orient”, click here.