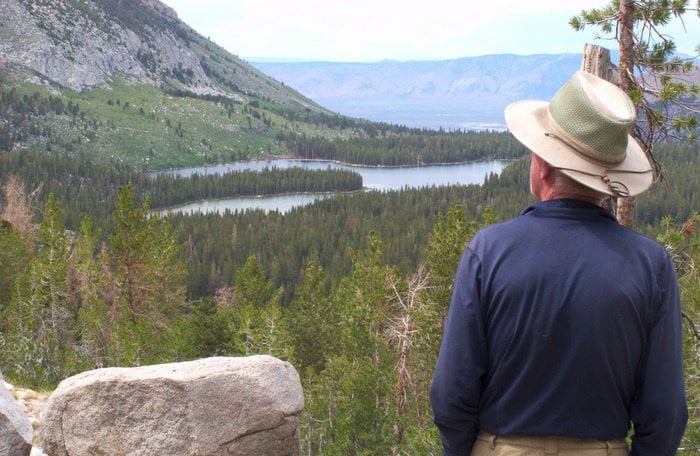 PHUKET: Since 1982, T. Coraghessan Boyle has written 15 novels, of which I’ve read ten. The first two – Water Music and Budding Prospects – are among the funniest novels ever written. The latter is about marijuana growers in northern California; the former, improbably enough, about 18th Century explorer Mungo Park’s expeditions up the Niger River.

Boyle’s tone has since mellowed and his interests wandered from Alfred Kinsey and Frank Lloyd Wright to Alaskan homesteaders and Mexican immigrants.

His latest, The Harder They Come, begins with a superb epigraph by D.H. Lawrence: “The essential American character is hard, isolated, stoic and a killer. It has never yet melted.”

This applies to Adam Stensen, a 25-year-old schizophrenic who is at home in the forests of northern California. He calls himself ‘Colter’ in homage to John Colter who joined the Lewis and Clark expedition in 1803 and was on the verge of returning to civilization in St Louis when he turned around to live in the wilderness as the first mountain man. For seven years he trapped beaver, narrowly escaping torture and death by hostile Blackfoot Indians.

For Adam Stensen, his own beaver pelts are the poppy plants he is nursing to produce balls of opium. Despite his fragile mental state, trapped on a ‘wheel’ of hyper-alertness and fugue, he is keenly attuned to the forces of the forest: “The rain was coming at the windows like the ocean turned upside down and the Noyo swelled up and gouged at the banks and took the big logs and boulders down with it so you could hear them grinding like teeth.”

The novel opens with a brilliant set piece. Adam’s father, Sten, a 70-year-old Vietnam vet and retired high school principal, is with his wife on a cruise to Costa Rica.

At the entrance to a national park, his tour group is confronted by three robbers, one armed with a pistol, two with machetes. Sten grabs the one with the gun, puts him in a choke hold and kills him. He becomes a reluctant hero back home in California where he is a leader of a group called ‘Take Back Our Forests’ which aims to drive out Mexican marijuana growers who are poisoning the wildlife of state and national forests.

He was no racist – he’d seen the demographic shift in the school population over the years, the Swedes, Norwegians, Italians and Poles who’d worked the lumber mills when they were still a going concern, giving way ever so gradually to the Hispanics who cleaned their houses, repaired their cars, stocked the shelves in the supermarket and made up the beds for the tourists.

All this had meant nothing to him, immigrants in a nation built on them – but when they destroyed the land, drove people out of their own parks and forests, it was another thing altogether.

The third character in this novel is Sara Hoverty Jennings, a middle-aged divorcee who works as a farrier and substitute teacher.

She’s a radical libertarian whose rejection of the laws of California cause her to be arrested for not wearing a seat belt and then resisting arrest. For her pains, both her car and her dog are impounded. She gets her car out first and then plots with a spaced-out hitchhiker to steal her dog back from the government shelter.

The hitchhiker is Adam Stensen and after they liberate her dog, she takes him back home for a celebratory dinner and a night in bed. She knows he is damaged mentally, but can’t resist his hard, young body. The two set up housekeeping in the forest home of Adam’s late grandmother.

The plot spirals off into madness and murder, abetted by Adam’s possession of a Chinese Norinco assault rifle. The problem is that the reader doesn’t care much. Adam is too opaque and too far gone to spark much sympathy, while Sara is too ideologically rigid and emotionally scattered. Sten Stensen is heartbroken by his son’s collapse into criminality but becomes peripheral to events. In the end, the reader is left cold.

Gardening: Turning over a new leaf