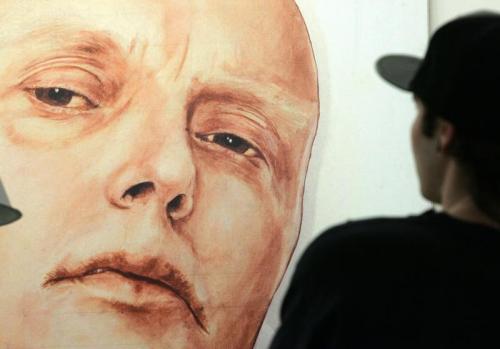 
U.S. chides Russia over missiles as peace plans suffer
Reuters / Phuket Gazette
PHUKET: The United States chided Russia for sending missiles to the Syrian government as plans for a peace conference promoted by Washington and Moscow were hit by diplomatic rifts over its scope and purpose.

Sectarian bloodshed in neighbouring Iraq during Friday prayers, a hacking attack on a Western newspaper by sympathisers of Syrian President Bashar al-Assad and defiant comments by a rebel commander filmed eating a slain soldier’s flesh were all reminders of how the two-year-old civil war is metastising.

But the divisions among world powers that have prevented a coordinated resolution were also again on display, just 10 days after Russia and the United States agreed to bury differences and push for an urgent international conference to end the war.

The most senior U.S. military officer, General Martin Dempsey, described Russia’s recent delivery of anti-ship missiles to Assad as “ill-timed and very unfortunate” and risked prolonging a war which has already killed more than 80,000 Syrians and which the U.N. said had driven 1.5 million abroad.

While not responding directly to U.S. assertions that it had sent Yakhont missiles, a spokesman for President Vladimir Putin said Russia would honour contracts to supply Syria, which has been a customer for Moscow’s weaponry since the Cold War.

“It’s at the very least an unfortunate decision that will embolden the regime and prolong the suffering,” Dempsey, the chairman of the Joint Chiefs of Staff, told reporters.

With a range of 300 km (200 miles), the Yakhont could prove a threat to warships in the Mediterranean, should, for example, Western powers abandon their deep reserve and intervene to offer air support to the rebels, as they did in Libya two years ago.

No date has yet been agreed for the international meeting, which appears to face growing obstacles. U.N. Secretary-General Ban Ki-moon met Putin in Russia on Friday and said the conference should take place as soon as possible.

But highlighting the diplomatic conundrum it poses, France spelled out explicitly on Friday that it would oppose any meeting if Assad’s regional ally Iran were invited – contrary to the Russian position that Tehran should be part of a solution.

Authorities said there were no reports of fatalities in the accident that occurred shortly after 6 p.m. EDT (2300 BST).

Anita Shrum, a spokeswoman for Bridgeport Hospital, said one person was seriously injured but the other 21 people it had received could be described as “walking wounded” with a variety of injuries. “They are doing OK, they are very stable,” Shrum said.

Dianne Auger, a spokeswoman for St. Vincent’s Medical Center in Bridgeport, said one of the 27 people taken there was in serious condition with head and neck injuries. Commuter trains on this busy commuter line to New York typically carry up to 300 passengers.

The number of injured could rise because hospital officials were told to prepare to receive up to 180 patients total.

The accident occurred when an eastbound train on the Metro-North commuter rail line derailed and collided with a train headed in the opposite direction near the suburban town of Fairfield, said spokesman Aaron Donovan of the Metropolitan Transit Authority, which runs the railroad.

Amtrak officials said in a statement that it suspended service indefinitely on the heavily travelled Northeast Corridor between Boston and New York.

The cause of the derailment was not immediately known. Fairfield is about 50 miles (80 km) north of New York City.


UK inquest into ex-Russian spy’s death may be scrapped
Reuters / Phuket Gazette
PHUKET: Britain’s long-delayed inquest into the death by radioactive poisoning of Russian spy Alexander Litvinenko could be abandoned after the coroner partly upheld a British government request to withhold crucial evidence.

Robert Owen, a senior judge acting as coroner, said yesterday keeping some of the evidence secret would make it impossible to hold a “full, fair and fearless inquiry” into the death of the vocal critic of Russian leader Vladimir Putin.

Litvinenko, 43, died after drinking polonium-210, a radioactive isotope, that had been slipped into his tea at a London hotel in 2006. In a deathbed statement, he accused Putin of ordering his murder, a claim Russia has denied.

His death plunged relations between London and Moscow to a post-Cold War low, although British Prime Minister David Cameron visited Russia this month as part of efforts to improve ties.

In a written ruling, the coroner partially upheld a request by British Foreign Secretary William Hague to withhold evidence relating to the possible involvement of the Russian state in Litvinenko’s death and whether it could have been prevented.

The coroner also agreed to keep secret information that could undermine trust in the British government or “cause real harm to the UK’s international relations”.

Without being able to assess all the evidence in open hearings, Owen said he would be unable to “discharge my duty to undertake a full, fair and fearless inquiry into the circumstances”.

“The inquiry would be incomplete and a verdict potentially misleading and/or unfair,” he wrote in the ruling, which was partly censored for security reasons.

Those involved have two weeks to respond and a further hearing is due on June 11 when the coroner will announce what happens next. A British government spokesman said: “The government will carefully consider this judgement.”

The British authorities could now order a form of inquiry that would allow evidence to be heard in secret instead of an inquest, a hearing held under British law to determine the cause of death when a person dies unexpectedly.

Litvinenko’s widow Maria said she was “utterly dismayed” by the ruling, which she described as a political fix to help Russia and Britain rebuild their relations.

“All those concerned with exposing the truth will be shocked and saddened that a political deal has been done between the two governments to prevent the truth from ever seeing the light of day,” she said in a statement.

At a pre-inquest hearing in February, the Litvinenko family’s lawyers said Britain was trying to cover up his work for its Secret Intelligence Service, known as MI6, and material showing Russia was behind his death.

Russian Foreign Ministry spokesman Alexander Lukashevich said in December that the claims were unfounded and Moscow hoped that an investigation would show them to be so.