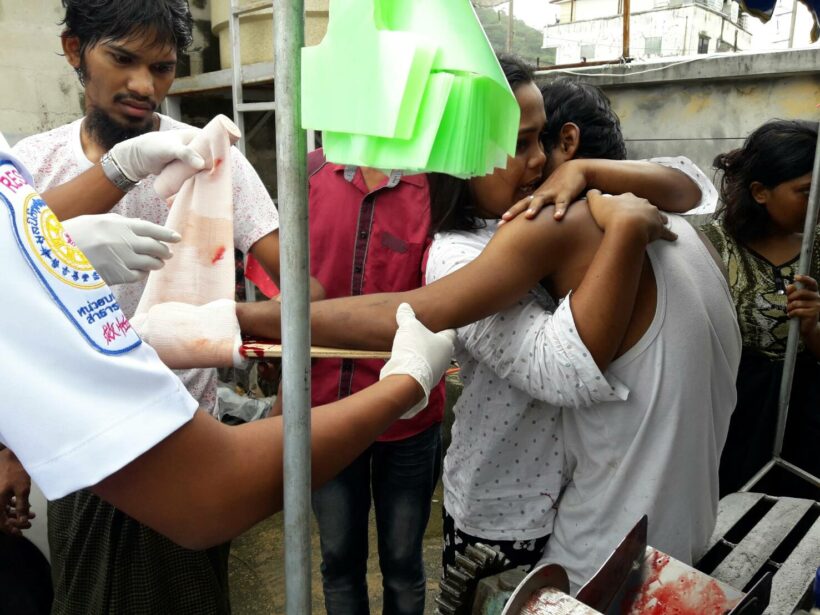 Kusoldham rescue volunteers arrived to find the man with parts of his left hand still inside the crusher. The hand had been destroyed in the crusher and almost completely separated from his forearm. The team carefully pulled his arm out, stabilised him and transported him to Patong Hospital.

The man says he was doing his daily job preparing juice from raw sugar cane but noticed that there were bits of sugar cane inside the crusher that needed to be removed so he tried to pick them out without turning off the machine. The crusher sucked his hand in, almost severing it from his arm. He was able to switch off the machine and called his relatives for help.

His hand will not be able to be re-attached to his arm.