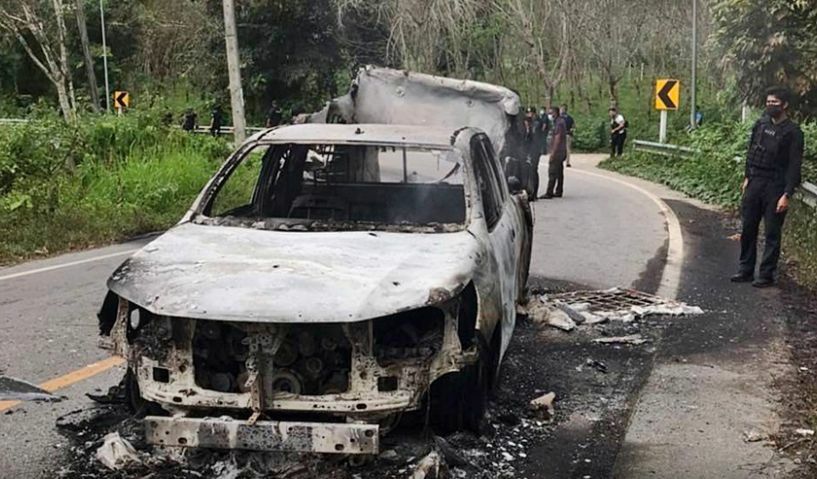 Six gunmen reportedly fired shots at a police pickup truck in the Deep South province Narathiwat, injuring two officers before pouring petrol on the vehicle and setting it on fire. The region near the Malaysian border is prone to violence related to the religious separatist insurgency.

The officers were driving from the Si Sakhon district police station to Narathiwat Court around 1:40pm when the gunmen, who were separated in two groups of three, opened fire. A report from the Bangkok Post says the officers managed to escape the vehicle and flee the scene. 34 year old Singha Wasanhirankit was shot in the leg and 30 year old Assari Madlee was shot in the arm. They were later treated at Si Sakhon Hospital. Authorities are still investigating and no arrests have been made.

mickkotlarski
A never ending story and yet another sad situation bought to you by the religion of peace over an incident that occurred over 10 years ago.

Guest1
On 11/4/2021 at 11:36 AM, Thaiger said: the officers managed to escape the vehicle and flee the scene mmmhhhh, they did not even try to fight back? And fleeing with a bullet in the leg?