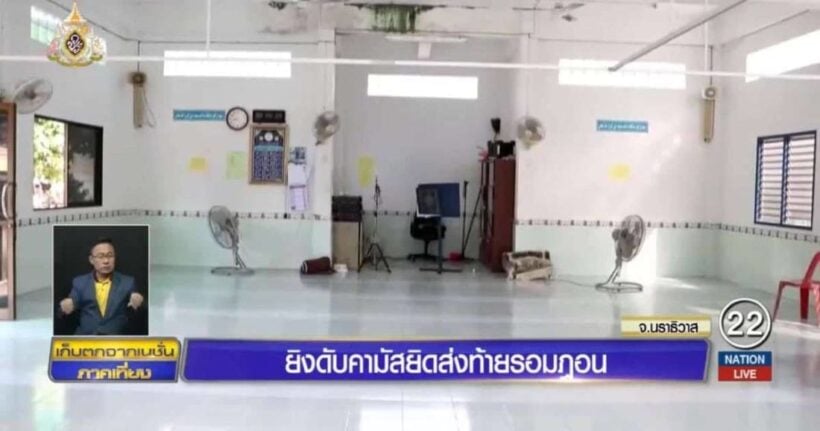 A gunman walked into the Ban Arware Mosque and shot dead the village head in Narathiwat’s Ra Ngae district last night, in southern Thailand. Stray bullets also injured a man praying next to the man at the mosque.

Police report that 48 year old Pakruding Tohdeng, the village head of Ban Arwar in Tambon Mareubotok, was killed inside the mosque. He sustained two gunshot wounds, one to the head and the other to the back. 43 year old Mayudee Arbu also sustained injuries to his right ankle and leg from stray bullets.

Witnesses say the gunman arrived at the mosque on a motorcycle with another man and entered without drawing attention before suddenly opening fire on the village head. He then quickly fled the mosque to the waiting motorcycle.

Police are trying to determine whether the shooting resulted from a personal conflict or was related to ongoing unrest in the deep South.