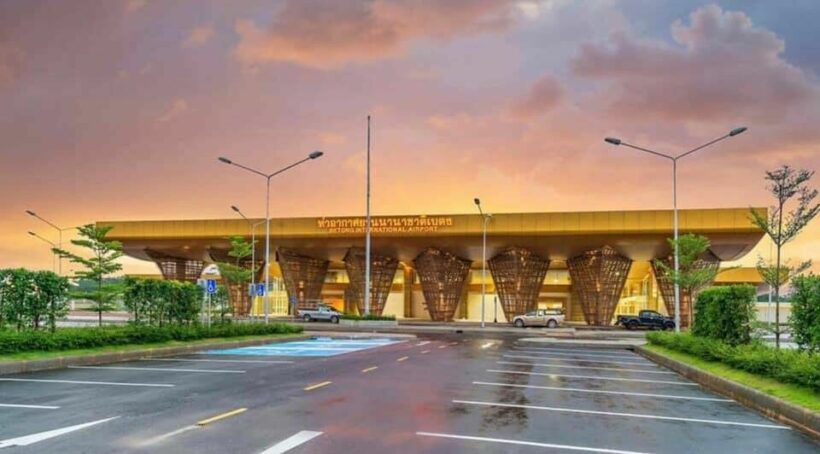 Tourism firms in Betong are trying to strike a deal with Nok Air in order to get commercial flights operating again at the southern town’s airport. According to a Bangkok Post report, businesses have offered to guarantee 60 seats on every Nok Air flight to Betong if the airline drops the cost of a round-trip ticket.

Nok Air’s round-trip fare between Bangkok and Betong is usually around 7,000 baht. The carrier has agreed to reduce this to 6,000 baht, but the Betong Tourism Association is pushing for a further reduction to 5,000 baht. The association’s vice-president, Narin Ruengwongsa, says the TAT will discuss the matter further today and if it manages to agree a deal with Nok Air, flights could resume on May 2. Nok Air suspended flights between Bangkok and Betong 24 hours after the service was launched, citing a lack of passenger interest.

In related news, the Bangkok Post reports that deputy PM Prawit Wongsuwon has dismissed concerns about possible problems with the airport’s commercial operations. This followed reports that the Southern Border Provinces Administration Centre had requested additional funds to assist the Department of Airports with running the airport. Prawit chairs a panel on the development of the southern border provinces and insists Betong Airport is operational and that operations will continue while the request for additional funds is being considered.

Prawit has also insisted the removal of the airport’s acting director won’t have any impact on the facility’s operations. Duangporn Suwanmanee was also removed from her role as the director of Narathiwat Airport and transferred to an inactive post at the Airports Standard Control Division. She has been replaced at Betong Airport by Kornnit Sukkarn. The DoA has issued a statement saying her removal has nothing to do with Nok Air suspending services to the airport.

Thaidup
It must be exceptionally hard for these airline co's to operate at this time, 2 years of the restrictions and now the fuel prices, Good on them for at least trying something, at least they are keeping some people employed…
Ramanathan.P
Dear Betong Tourism firms. It is easier to tell your minister for totally scrapping all your test & Go ruling. Your town will be flocked with tourists every weekends like pre-pandemic times. Demanding Nok Air to reduce their fair is…