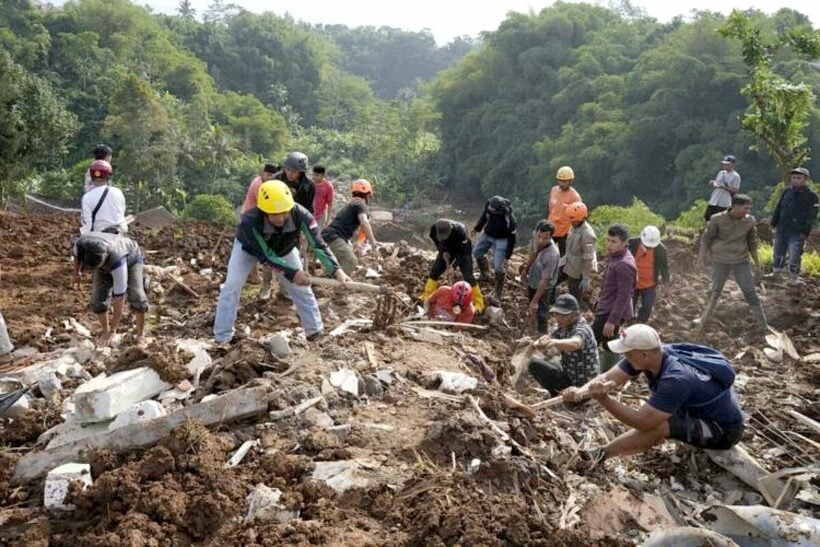 PHOTO: Searches continue as the death toll in the Indonesian earthquake rises to 268. (via Yakima Herald)

The death toll continues to climb in the earthquake that devastated West Java in Indonesia, with many children at school losing their lives. With search teams still digging through the rubble of collapsed buildings, 151 people are still reported missing while 268 are confirmed dead. The quake itself, and the landslides caused by it wreaked havoc on the town of Cianjur and its surrounding villages, about 75 kilometres southeast of the capital city of Jakarta.

Along with the rising fatality count, the number of damaged houses and injured and displaced people is climbing. Now, 22,000 houses have been reported damaged, 58,000 people are currently displaced and over 1,000 people sustained injuries. The earthquake hit Monday afternoon, while many children were at schools that were heavily damaged, causing many young fatalities.

The head of the National Search and Rescue Agency explains that rescue efforts are hampered by spread and landslides. Roads in the villages have been damaged by the earthquake and landslides, with difficult terrain isolating stranded people. And the villages and people affected by the quake are spread out over a wide area.

Indonesia is no stranger to earthquakes, with tremors far bigger than this 5.6-magnitude quake happening all the time. But they usually hit offshore and at a much bigger depth, which is why Monday’s quake was particularly destructive. Add to that the poor construction on many local homes and you have a recipe for disaster. President Joko Widodo said that future rebuilding must be earthquake-proof, but the priority now is on rescue.

“My instruction is to prioritise evacuating victims that are still trapped under rubble.”

Cianjur Hospital overflowed with survivors as people lay on the floor and in the parking lot. Medics are administering makeshift treatments in a tent and on the pavement. Displaced people are holding cardboard signs begging for food and shelter while they wait for emergency rations.

Meanwhile, rescue workers are concentrating on the landslide in Cugenang, a badly affected area. Workers are being joined by locals using hoes, sticks, and whatever they can find to dig out the muddy dirt. Many locals without any tools are digging in with their bare hands trying to help. Over 1,000 police have been deployed to help however they can as well, according to Asia One.

There have now been 145 aftershocks since Monday’s earthquake with landslide warnings in effect. Electricity was knocked out in the earthquake and continues to be unstable. The head of the weather and geophysics warned that more disasters can compound the problems as the peak wet season is around the corner.

“It’s the rainy season in West Java, the peak is in December. So we must anticipate any disaster that might follow, such as landslides.”