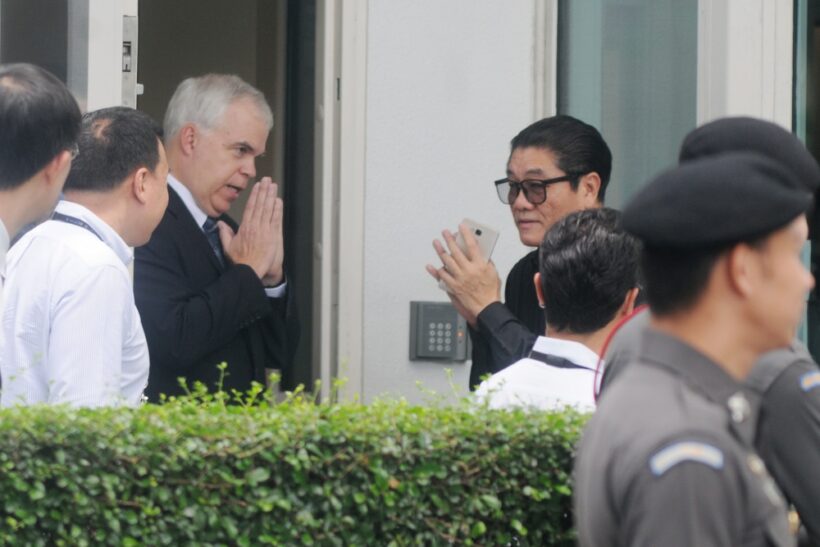 American authorities are facing protests if they don’t expedite the retrieval of the bodies of two Thai postgraduate students believed to have died in a car crash almost two weeks ago in California, the Thai Consulate in Los Angeles has said.

Protests are planned in Fresno county, the scene of the accident, and Los Angeles, as frustration mounts with the slow progress of the operation.

The consulate said on Facebook that protests would proceed if the rescue and recovery operation were not launched today.

Thiwadee Saengsuriyarit, 24, and Bhakapon Chairattanasongporn, 28, were driving on a highway on July 26 to Kings Canyon National Park when their rental car plunged off a 150-metre cliff and came to rest partially submerged in a river.

Fresno county officials have been blaming bad weather, strong currents and high water from melting snow for the slow pace of the operation.

Hopes that the pair survived the accident were dashed when Consulate General Tanee Sangrat said this week that the bodies of the students had been found in the car.

The consulate wrote that the families of the two students on Wednesday met with Michelle Steel, president of supervisory board of Orange county.

They asked Steel for her support to urge the Fresno County Coroner’s Office to speed up the work, as it was almost half a month since the accident. Steel told the families that she had been informed by the Fresno county office that a rescue team would descend the cliff and draw up a plan to retrieve the students and the car.

Coroner Magaret Mims told Steel and the families in a letter that she regarded the retrieval mission as a top priority. “They have realised that this is difficult time for the families and their targets are to retrieve the bodies of the students with highest respect,” the consulate reported.

The consulate has coordinated with and received the support of elected officials in California including Los Angeles Mayor Eric Garcetti, who has asked the consulate to convey his support for the efforts of the consulate and the Thai-American community.

In Bangkok, Ekkachai Taidecha, uncle of Bhakapon, applied yesterday for entry visas for a Thai rescue team, saying Thais should take over if US authorities continued to fail to act.

Read the rest of the article in The Nation here….

Crushed under an elevator at Patong Hotel