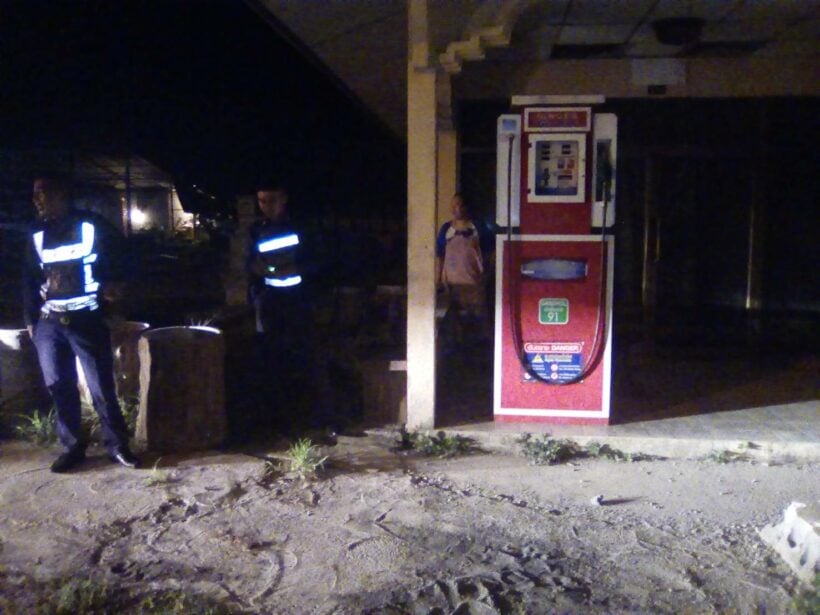 Thalang Police are hunting for a thief who broke into an automatic gasoline dispenser and stole money in Thalang  early this morning (June 12).

Thalang Police were notified of the incident at 4.05am in front of a house on the side of Thepkrasattri Road southbound in Thalang.

The automatic gasoline dispenser machine was found in front of the house. Police arrived to find that the thief had cut off the electricity from the house. A key and money box of the machine had been damaged. On the ground they found a screw driver, pliers and coins.

The owner of the machine says, “I installed the automatic gasoline dispenser in front of my house last year. This early morning I woke up and tried to turn on the lights but the power was off. I found that a thief had broken into my machine and taken the money inside – around 3,000 baht.”

Police are now continuing their investigation into the identity of the thief.