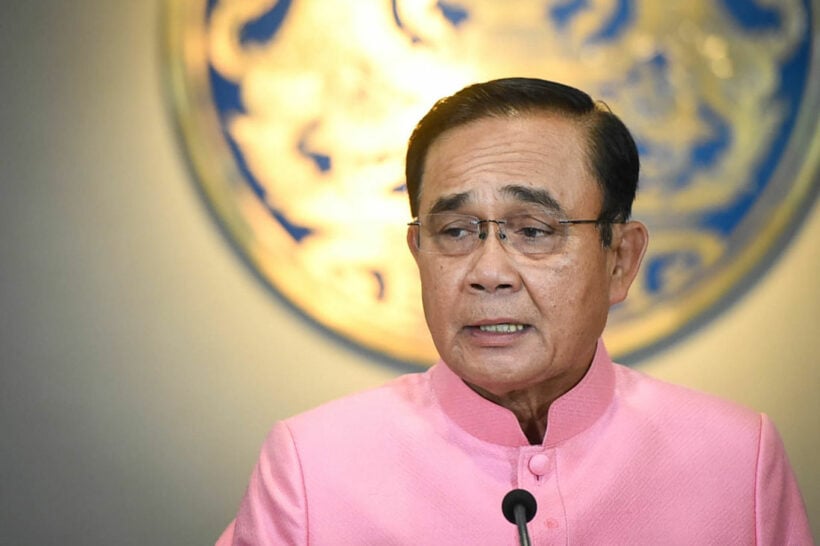 Prime Minister Prayut Chan-o-cha said on Saturday that he was satisfied with the deliberations over the budget bill in the previous two days and promised to act on the constructive suggestions offered by opposition parties.

Regarding the 400 billion baht allocated for the Central Fund, the Prime Minister admitted that the figure seems high, but it actually isn’t when measured against various urgent issues requiring immediate attention, such as flood relief, pensions and critical projects proposed by local administrative bodies during cabinet meetings.

Defending the increased military budget, the PM said that the mission of the military isn’t just to defend the country from invasion, but also the interdiction of smuggling and non-military activities such as disaster relief operations.

Tens of thousands of troops are deployed along Thailand’s borders, with many of them stationed in the deep south to maintain peace in the often restive region.

He defended the need for new armaments, including navy’s plan to procure new vessels to protect Thailand’s marine resources and enhance the navy’s overall capacity. He pointed out that Thailand isn’t the only country in the region enhancing its military.

He said that about 2,000 projects have been proposed to address the flooding issue and that budgetary constraints mean the government must be selective, priority being given to those which are most urgent.

Regarding the 300 billion baht investment budget, the PM said that since investments in various major infrastructure projects are, and will be undertaken by the private sector, the funds will be used as seed money from the government to supplement private investment.

He said that public debt, now 41% of GDP, is not a serious concern as Thailand has the ability to service the debts.