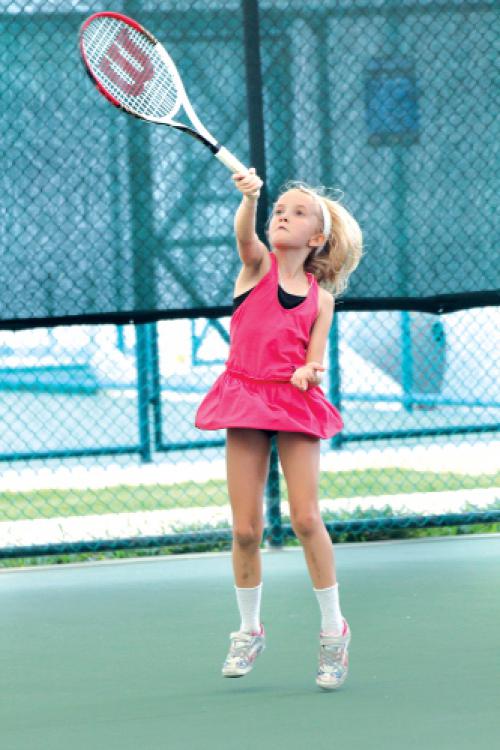 PHUKET: When we get onto the tennis court to ready ourselves for a match there are bound to be some type of nerves flowing through our veins. That’s natural.

As we hit the first few tennis balls in warm-up we begin to become consumed with how our forehand, our backhand and our serves, for example, are feeling at that moment. That’s a mistake. Instead, we should make sure we spend the majority of our on-court warm-up being ultra-aware of the strengths and weaknesses of our opponents.

Every player on planet earth has shots they do not enjoy hitting. The skill we have to develop is to maximize these precious few minutes and being able to spot the flaws in our opponent’s game.

Be sure to hit your opponent some high shots, some low shots, some shots that move him or her to the right or the left. One thing you are watching for is to see if they become immediately frustrated when they miss any of these shots. This frustration may be a sign that you’ve hit the jackpot in finding the type of shots they don’t like hitting. If so, you now know what shot you can hit to them on the big points, or when the opportunity presents itself.

The most famous current example of this is Rafael Nadal’s continuous success against Roger Federer. Rafa hits a large percentage of shots high and to Roger’s backhand. Roger has a good high backhand, but it’s not nearly as good as many of his other shots, so Rafa takes full advantage of this and continually hits to this location when playing against Roger. This is the major reason as to why Rafa holds a career 22-10 record against Roger.

There are absolutely no rules in tennis that say you must hit your best shots to your opponents best shots and see who is the better player. Strategy and overall awareness of your opponents can very often be the difference between a win and a loss in a close match.

Plus, the “beyond the obvious” approach of using the warm-up to spot the weaknesses of others will very often allow you to keep your focus away from being obsessed with your own forehand, backhand and serve and consequently allow you to play better tennis.

Being able to spot your opponents’ weaknesses and exploiting them in matches may not win you many friends on the tennis court, but it will win you tennis matches.